The representative of South Korea, Chae Yel Kim, was elected to the post of president of the International Skating Union (ISU), he replaced in this position Jan Daikemu from the Netherlands. The elections were held on Friday at the ISU Congress in Phuket.

77 out of 119 delegates voted for Jae-yel Kim. SerbianSlobodan Delic received five votes, FincaSusanna Rahkamo — 13, AmericanPatricia St. Peter — 24. To win, it was necessary to get more than 60 votes.

Jae Yel Kim led the Skating Union of South Korea. Since 2016, he has been a member of the ISU Council, he was also a member of the commission on the Olympic program of the International Olympic Committee (IOC) at the Pyeongchang Games, worked in the IOC coordination commission for the 2022 Winter Olympic Games in Beijing.

In the electoral manifesto Chae Yel Kim stated that he sees the organization has many ways of development, so the ISU president must have proven business experience in order to "ignite" figure skating. "I have 25 years of successful work experience and know how to grow businesses around the world. But I'm also a passionate figure skating and sports fan. In 2018, we held an unusual Winter Games in Pyeongchang. As a member of the IOC Olympic Program Commission, I have worked tirelessly to enhance the role of the ISU in the Olympic movement," the South Korean's manifesto says.

On March 1, the ISU Council decided to suspend Russian and Belarusian athletes from all competitions under the auspices of the organization. The ban on participation in competitions concerns figure skating, short track and speed skating.
Republic of Korea speed skating President ISU TASS
|
Facebook
|
Twitter
|
VKontakte
|
Odnoklassniki

The oldest fan at the 2018 World Cup came from Vietnam 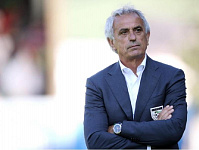 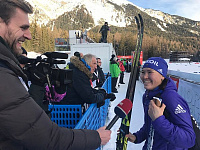 For the first time in the world, a skier slid down the second highest mountain on the planet.