This was stated by Deputy Minister of Sports Gabriel Ghazaryan. According to him, the national team will be more numerous than at the 2016 Summer Games in Rio de Janeiro.

At the Summer Games held in Brazil, Armenia competed in eight sports, and 32 athletes took part in the games. Athletes are being prepared for the upcoming competitions in the country. The National Olympic Committee plans to send a larger team to Japan. In addition, Armenian athletes will perform in disciplines in which the country was not represented before.

The approximate composition of the Olympic team is being determined now, but it is already known who will be the standard bearer at the opening ceremony of the Games. The Armenian flag will be carried by the famous Greco-Roman wrestler Artur Aleksanyan, who won the gold in Rio de Janeiro and became the bronze medalist of the Games in London.

According to Gabriel Ghazaryan, in recent years in Armenia a comprehensive program is being implemented to improve the physical fitness of young people. There is a systematic formation of the Olympic reserve. Statistics show that this initiative is producing good results. Since January 2018, Armenian athletes have won 86 medals at the World and European Youth Championships, 30 of which are gold, 24 silver and 32 bronze.

5G mobile communications will be used on the Olympic ski slopes

At the Beijing Olympics, control over the preparation of skis for biathletes will be strengthened 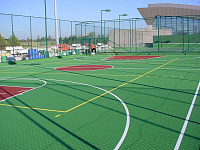 World Chess Olympiad to be held in India

Telemedicine center to open in Uzbekistan