The Ministry of Defense of the People's Republic of China announced its intentions to continue exercises near the island of Taiwan "The military exercises of the People's Liberation Army of China in the waters and airspace near the Chinese island of Taiwan are a legitimate and necessary response to the constant provocations of the Taiwanese separatists, as well as just actions to protect national sovereignty and territorial integrity.

As long as the authorities of the Democratic Progressive Party and the separatists continue to seek so-called "independence" by military methods, the Chinese Army will use military countermeasures." This was stated by the official representative of the Ministry of Defense of the People's Republic of China Tan Kefei, commenting on the report of the Defense Department of Taiwan and the increase in the island's defense budget for 2023.

Tan Kefei, Official representative of the Ministry of Defense of the People's Republic of China: "The report deliberately exaggerates the so-called "military threat of the mainland" to Taiwan, confuses right and wrong, and increases tension and confrontation.
This is extremely irresponsible. Taiwan is an integral part of China's territory."Tan Kefei stressed that the Democratic Progressive Party refused to recognize the 1992 Consensus, colluded with external forces and committed provocations, therefore, if the separatists are not eradicated, peace in the Taiwan Strait will not be restored.

It was timed to coincide with the 50th anniversary of the establishment of diplomatic relations between the two countries. Among the participants of the event are officials from China, Argentina and other Latin American countries, as well as more than 100 media representatives.

Politburo member and Head of the Propaganda Department of the CPC Central Committee Huang Kunming read a congratulatory letter from Chinese President Xi Jinping to the forum and noted that the leaders of China and Argentina attach great importance to bilateral cooperation in the new era and hope for the in-depth development of comprehensive strategic partnership relations.

Huang Kunming stressed that China and Argentina, as large developing countries with an emerging market, face important tasks to restore the economy after the pandemic and improve the standard of living and well-being of people.
In conclusion, the official called for strengthening humanitarian exchanges in order to promote spiritual rapprochement between the peoples of the two countries and bring new positive energy to building a community of a common destiny of mankind.

This is the main public holiday, in honor of which a seven-day weekend has been announced. During this time, you can do a lot. The authorities have developed 12 sports tourist routes for outdoor enthusiasts.

Juan Ino, participant of the mountain walk: "This is my first time climbing.
It's a lot of fun and exciting. I'll come again." Many residents of the People's Republic of China went on trips.

Trips to your region or neighboring provinces have become the most popular vacation option.

Zhang Lan, travel agency client, Jiangsu Province: "I came to pick up a family tour.
We plan to travel for three days and two nights, the budget is about 3 thousand yuan." Zhang Lan's travel agency recommended going to the hot springs.

Every day from 30 to 40 people come here for advice. Most of them prefer short trips with family members or friends.

Rural tourism is also in demand. This family brought their children on an excursion to a farm in Zhejiang Province. Here, on the terraced fields, the kids collected sweet potatoes for the first time on their own.

Ji Lili, tourist: "I didn't expect such a rich and colorful life in the countryside.
I will definitely recommend my friends and relatives to come here and get acquainted with the local way of life." Tour operators say that by the end of September, the number of hotel rooms booked across the country increased by 30% compared to last year.

Air tickets to many destinations within the country were in short supply, and the prices for the remaining ones increased significantly. Airlines even had to increase the number of flights. The industry assesses the current situation positively and notes that domestic tourism is gradually recovering after the COVID-19 pandemic.


At the big panda breeding center in Chengdu, 15 cubs born this year were shown for the first time The Day of Education of the People's Republic of China is celebrated literally in all corners of the Celestial Empire.

So, in honor of the 73rd anniversary, the research base for breeding large pandas in Chengdu for the first time showed the public black and white babies born this year. Employees with cubs in their arms greeted the guests of the base, and then the little pandas tried themselves as photo models: they were laid on a special podium in the form of the number 73.

This year, 15 big panda cubs were born at the base, among them four pairs of twins. At birth, the largest bear cub weighed about 220 grams. The caretakers say that all the babies grow up healthy and strong, and the largest of them already weighs 6 kilograms. Very soon, the younger generation of pandas will be allowed to play outdoors and receive guests.

Retired Israeli soldiers will be able to keep military weapons 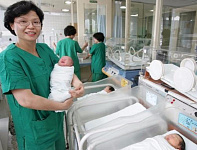 Azerbaijan to send aid teams to Turkey to fight fires

Russia and Japan may soften the visa regime 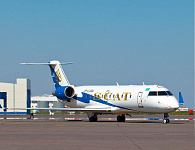