In Vladikavkaz, the Day of the city and North Ossetia was celebrated with the festival of Ossetian pies.

The festival of Ossetian pies was held in Vladikavkaz on the Day of the city and North Ossetia. This was reported to TASS by the press service of the local government administration of the city.

"The festival of Ossetian pies, which has already become traditional, was held today in Vladikavkaz on a festive day. Everyone could taste pies with various fillings from the best craftsmen for free," the agency interlocutor said.

The festival was held on the Terek embankment. National cultural societies, which are represented in the republic, have also set up their tents there. They introduced the guests of the holiday to their cuisine and culture.

Sites were created for craftsmen and local agricultural producers. In total, more than 20 thematic sites were deployed, and "Nart Games" were organized, where you could try yourself in ancient Ossetian games and sports.

Krasnaya Polyana will launch its own hotel brand

Astrakhan residents showed their treasures at the Caspian Media Forum

Turkmenistan has restricted the export of alabai

Vegans and meat eaters will arrange festivals in Cyprus

In Bashkiria, a young blogger fights for the purity of the Earth 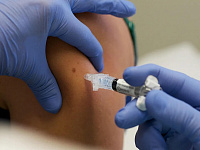