South Korea intends to contribute to improving the human rights situation in the DPRK.

The authorities of the Republic of Korea intend to contribute to improving the human rights situation in the DPRK. This was stated on Friday by South Korean Unification Minister Kwon Yong-se during a meeting with the UN Special Rapporteur on Human Rights in the People's Republic of Elizabeth Salmon.

"The administration of [South Korean President] Yun Sokko will strive to improve the human rights situation in North Korea, no less efforts will be made for this than for the denuclearization of the Korean peninsula and the improvement of inter—Korean relations," Yonhap news agency quoted the minister as saying.

Elizabeth Salmon in In turn, she pointed out that respect for human rights is necessary to maintain lasting peace and that the goals of South Korea and the UN — improving the situation in the DPRK — coincide.

Elizabeth Salmon is on a visit to the Republic of Korea. On Monday, she met with activists from human rights organizations, on Wednesday — with Foreign Minister Park Chin. He also said that Seoul is "deeply concerned about the human rights situation" in the DPRK. The Speaker took up her duties in early August.

On Friday, the Korean Central Telegraph Agency published a comment by the DPRK Foreign Ministry.

An unnamed representative of the department called the special rapporteur a "puppet of the United States" and said that Pyongyang would never recognize the legitimacy of the UN special rapporteur on human rights in the DPRK. He also added that Pyongyang "will never forgive the United States and its satellites for blackmail using the human rights issue."

Believers in Pakistan believe God will protect them from coronavirus

Foreigners use electronic visas to get to the Far East

Princess of Bahrain may take part in the Eurasian Women's Forum

Participants of the race "Beringia-2021" finished in Kamchatka 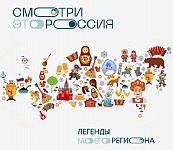 Russian schoolchildren became participants in the "Marathon of Interregional Friendship"

VI International Arctic Forum to be held in spring 2022