A Chinese virologist has warned about the spread of new types of coronavirus.

A virologist from the Chinese city of Wuhan Shi Zhengli warned about the spread of new types of coronavirus. This was reported by The Guardian on Friday.

Zhengli noted that bats living in the border regions in the south and southwest of China are carriers of other types of coronavirus that can already be transmitted to humans .

She emphasized that these novel coronavirus infections, including those related to the SARS-CoV-2 coronavirus that causes COVID-19, are likely to spread in nature  outside of China. “We should look for them not only in China, but and in the countries of South Asia,  - said the scientist.

Bats are believed to be the natural carrier of the coronavirus, but Zhengli said it is highly likely that the virus was transmitted to an intermediate animal before reaching humans. . It is not yet known which animal became intermediate. It is believed that pangolins could become such a carrier. In that case, Zhengli claims, the virus could have been transmitted from bats to pangolins outside of China. It is also not clear how long the virus had been circulating in animals or humans before it was discovered last year.

Shi Zhengli's point of view is shared by Professor Edward Holmes, a virologist from the University of Sydney. He believes that SARS-CoV-2 could remain in the intermediate carrier for a long time. In addition, in his opinion, it is likely that the first human infection could not have occurred in the city of Wuhan and not even in the province of Hubei. 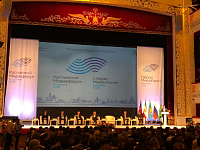 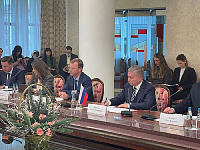 Sergei Cheremin: “We are seeing a steady growth in foreign economic relations between Moscow and Belarus”

Anniversary of flights to Kazakhstan celebrated by Flydubai

Square of teachers to be opened in Yekaterinburg