On December 19, 2017, the TV channel "Big Asia" signed agreements on information cooperation with the Committee for External Relations and the Committee for Interaction with the Media of St. Petersburg. According to the signed documents, the TV channel informs viewers about the activities of the Government of the Northern capital aimed at developing cooperation with Asian countries and Asian regions of Russia, and also becomes an information partner at events held by the St. Petersburg authorities.

Vice Governor of St. Petersburg Petersburg Alexander Govorunov oversees the development of information technology in the region. His visit became a significant event for the media project "Greater Asia".

“I never get tired of repeating that St. Petersburg is the most open city to the world. Today I saw not only a good, logistically correct, established form of organizing the process. I also saw a substantive part, which, without a doubt, can be imposed on the interests of St. Petersburg, which we agreed with our colleagues,” Alexander Govorunov said in an interview with the TV channel.

Signed in December last year the agreements provide for the development and implementation of joint projects. Following the meeting, Vice Governor of St. Petersburg Alexander Govorunov and General Director of the TV channel "Big Asia" Alexander Lebedev agreed to create a line of television programs with the working title "Petersburg. The Asian vector.”

“We agreed that together with the Government of St. Petersburg we will open Asia for Russia. St. Petersburg is certainly one of the drivers in attracting Asian investments and developing business with Asia. But we will not only talk about business, we will also talk about culture,” said Alexander Lebedev, general director of the Big Asia TV channel.

The agenda in the city on the Neva often contains Asian topics. The most important international events, such as the St. Petersburg Economic Forum, take place in the northern capital. It was there, at the Make in India site, that in June 2017, the Big Asia TV channel announced the start of its broadcasting.

“St. Petersburg is actively developing cooperation with Asian countries, including with regions that adjacent to Asian countries. We are interested in information support, often our events held in these countries are of a nature that strengthens interstate relations,” Sergei Markov, First Deputy Chairman of the St. Petersburg Committee for External Relations, told Big Asia.

Petersburg is one of the most popular cities among Chinese tourists; residents of the countries of the former USSR come here to work. Dozens of Asian companies have launched their own production in the metropolis. The Japanese Toyota and the South Korean Hyundai have their own factories in St. Petersburg. The largest investment and construction project in the city is the Chinese company "Baltic Pearl". The enterprises of the Japanese corporation Toshiba and the Chinese electronics manufacturer TPV Technology are operating.

The Government of St. Petersburg plans to hold at least 70 Asian-themed events this year. TV channel "Big Asia" and the site bigasia.ru will cover these events not only within the thematic lines, but also in news, special projects and programs about the life of compatriots. The leadership of the Big Asia media group is confident that cooperation with St. Petersburg will contribute to the creation of television and Internet projects that will interest viewers and Internet users. 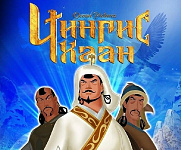 The military will make a unique trip from Khabarovsk to Moscow

Turkey brings the brand "Turkie" to the international arena