Nearly 2.15 billion people have been vaccinated against the coronavirus in China.

Chinese doctors during the campaign of mass vaccination of the population have made almost 2.15 billion vaccinations against coronavirus. This was announced on Monday by the State Committee for Hygiene and Health of the People's Republic of China.

According to a statement on the agency's website, as of September 12, 2,148,120,000 vaccinations against coronavirus were made throughout the country.
< br> In June, Chinese epidemiologistShao Yiming stated that 80-85% of the population - more than 1 billion people - must be fully vaccinated in order to develop herd immunity. China has a population of 1.41 billion. Wu Liangyou, a representative of the National Committee for Hygiene and Health of the People's Republic of China, said on September 7 that 969 million people have completed the vaccination process. 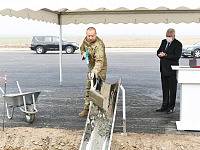 About 200,000 doses of COVID-19 vaccines delivered to Tajikistan under COVAX

Riyadh cancels Hajj in the name of public health

KChR issued postal envelopes for the 100th anniversary of the republic 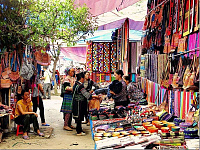 Merchants in Vietnamese Da Nang to be taught foreign languages