In Japan, the vaccination of military medical personnel has begun.

Vaccination of medical personnel of the country's National Self-Defense Forces began on Monday in Japan. This was reported by the agency Kyodo.

Vaccination of military medical personnel is taking place in Japan as part of the early vaccination of medical workers, which should cover about 4.8 million Japanese doctors. For vaccination, a drug manufactured by the American company Pfizer (Pfizer) is used: at the moment this is the only vaccine that has received permission for use in Japan. To date, the British-Swedish pharmaceutical company AstraZeneca (AstraZeneca) and the American company Moderna (Moderna) have also filed applications for registration of their vaccines in Japan. It is expected that the second vaccine may receive approval from the Japanese Ministry of Health by May.

">Vaccination in Japan began on February 17th. At the first stage, 40,000 health workers were vaccinated, and subsequently this process should cover about 4.8 million Japanese doctors. At the second stage, residents of the country over 65 years of age, of whom there are about 36 million in Japan, will be allowed to be vaccinated. By May, vaccines may become available to other categories of citizens.

To date, according to Japanese authorities, since vaccination in the country, there were three cases of anaphylactic reactions to the drug from Pfizer. Those vaccinated had a severe allergic reaction within a short time after vaccination, but after taking the necessary medicines, their condition improved. The Japanese Ministry of Health is currently investigating these cases.
Japan vaccination army doctors coronavirus TASS
|
Facebook
|
Twitter
|
VKontakte
|
Odnoklassniki 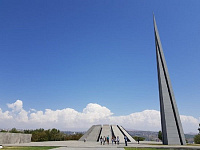 New stage of vaccination against COVID-19 starts in Azerbaijan

Volunteers in Thailand are actively fighting the spread of COVID-19