Japan conducted exercises in case of a magnitude 9.1 earthquake in the Nankai fault

Scientists predict that it can provoke a tsunami up to 30 meters high and take the lives of more than 230 thousand people.

Annual exercises to eliminate the consequences of a powerful earthquake were held early Thursday morning in Japan on the occasion of the so-called Disaster Prevention Day. This year, their scenario assumes that a magnitude 9.1 earthquake occurred in the Nankai Fault. According to scientists, this can cause a tsunami up to 30 meters high and take the lives of more than 230 thousand people.

The exercises were attended by local authorities and the country's leadership, including Prime Minister Fumio Kishida. According to the scenario, at 07:10 local time, an earthquake of magnitude 9.1 occurred in the Nankai Fault near Wakayama Prefecture, and a tsunami threat was announced.

In this regard, an emergency headquarters was set up in the Office of the Head of Government to coordinate work to prevent the devastating consequences of a natural disaster. The scenario assumes that traffic, including in Tokyo, is impossible, so government members had to get to the Cabinet building on foot in the rain. The government has established contact with the leadership of Aichi Prefecture, which is expected to suffer the most.

The Prime Minister, who, like other members of the government, has changed from a business suit to a work uniform, holds a training press conference at which he reports on the consequences and talks about the government's actions in this regard. People are urged to prepare for a possible repetition of powerful aftershocks, including during the week and, if necessary, evacuate to a safe place.

Annual exercises Every year the exercises take place according to a different scenario.

Next year they will be timed to coincide with the 100th anniversary of the Great Kanto Earthquake, which almost completely destroyed Tokyo and Yokohama on September 1, 1923. The scenario will assume the most powerful tremors under the metropolitan region.

The Nankai Fault is located southeast of the coast of the central part of the main Japanese island of Honshu. Powerful earthquakes of magnitude about 8 occur here about once every 100-200 years. According to scientists, the probability of an earthquake of magnitude 8 or 9 over the next 30 years is 70-80%. In this case, a significant part of the country will suffer, and a tsunami with a height of more than 30 meters may hit its Pacific coast. According to the latest estimates submitted three years ago, taking into account modern development, about 231 thousand people may die in this case, more than two million buildings will be destroyed or burned as a result of fires caused by aftershocks and tsunamis.

The last powerful earthquake in the Nankai fault occurred in December 1946. Then more than 1,300 people died, tens of thousands of homes were destroyed or damaged. Aftershocks after it lasted several months.
Japan exercises earthquake element TASS
|
Facebook
|
Twitter
|
VKontakte
|
Odnoklassniki

Mass wedding ceremony held in Georgia for the third time

Russia and Laos will hold joint exercises "Laros-2021" in August

The international festival "Edge of Masters" will be held in Ingushetia 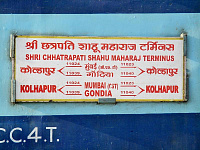