The ice cream festival will be held on July 30 in Tyumen as part of the celebration of the City Day.

The celebration of the City Day in Tyumen on July 30 will include gastronomic festivals, one of which is the Ice Cream Festival, the information center of the government of the Tyumen region told reporters on Tuesday.

"Gastronomic festivals are integrated into the program of celebrating Tyumen City Day on July 30. Residents and guests of the regional capital are expected at a barbecue fest, a gastronomic picnic, a Bread bazaar and an ice Cream Festival," the message says.

The information center added that the national cuisine will be presented at the Tatar holiday "Sabantuy" (Zarechny Park, 12:00-19:00). A family supply of ice cream will be available to participants of the New Year celebration in summer (Lev Rovnin Square, 12:00-17:00).

In addition, as reported in the press service of the Tyumen administration, citizens are expecting a double fireworks display on July 30 at 22:00 on the embankment of the Tura River. First there will be a fireworks display in honor of awarding Tyumen the title of "City of Labor Valor", and then, after a 60-second break needed to set up equipment, a 10-minute fireworks display dedicated to the official offensive of the 436th anniversary of the city.
Russia Tyumen festival ice cream City Day TASS
|
Facebook
|
Twitter
|
VKontakte
|
Odnoklassniki

Subventions from the federal budget for forest protection in Transbaikalia doubled

Achievements of girls and women in education honored with UNESCO Prize

Grandfather Frost's Residence to Open at Museum of Kurgan History

In honor of the Independence Day of Kyrgyzstan, experts analyzed the foreign policy of the republic 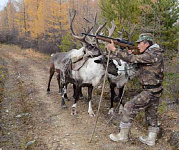 The indigenous peoples of Primorye will have a hunter's code