Presumably, this is a leopard named Casanova, the national park "Land of Leopards" reported.

Local residents took a video near the road in Primorsky Krai near the Ussuri Reserve, more than 50 km from the core of the population of the red-book Far Eastern leopard, the press service of the national park "Land of the Leopard" reported on Monday. Presumably, eyewitnesses captured the pioneer Casanova, who for the first time was so far removed from the main habitats and the national park.

For the first time, this leopard got into the lenses of wildlife photographer Igor Metelsky's camera trap and cameras of the World Wildlife Fund of Russia at the end of 2021 at the Severnaya hunting farm in the Nadezhdinsky district of Primorsky Krai. The leopard was named Casanova meaning "new home" in Italian.

"Valuable footage was obtained by a local resident near the village of Kondratenovka in the Ussuri urban district. In the video, the leopard slowly crosses the paved road, looks back at the witness and calmly leaves the shooting location, hiding in the night. Having studied the received footage, scientists of the directorate of the reserves of the "Land of the Leopard" came to the conclusion: with a high degree of probability, it is the famous Casanova on the video, which was first recorded at the end of 2021 after crossing the Trans-Siberian Railway to the east," the message says.

Comparing the geolocation data, the experts came to the conclusion that the male was marked 11 km from the place of initial fixation in the area of the hunting farm "Severnaya". The uniqueness of the event is that the new location is the easternmost and furthest from the population core point of video registration of a leopard in the modern history of research, the press service notes. Thus, the pioneer has again set a record and is now only eight kilometers from the Ussuri Reserve, where the reintroduction of these animals is planned. Leopards disappeared from these places almost 50 years ago.


"Today, experts are observing a trend of expanding the range: the increase in the number of leopards in the main habitats allows them to settle, return to the ancestral territories where they were previously exterminated. The expansion of the habitats of the Far Eastern leopards gives hope that over time, individuals will be able to reach the territory of the Ussuri Reserve in the same way. Since 2021, it has been under the management of the Federal State Budgetary Institution "Land of the Leopard" and is considered as a priority territory for increasing the range of a rare cat," the press service reported.

About the leopard The Far Eastern leopard is the rarest large cat in the world and one of the rarest animals on the planet.

According to recent studies, a little more than 120 of these animals have been recorded in Russia. They live in the south-west of Primorsky Krai, as well as in a small area of China bordering Russia. The core of the population is located under protection in the national park "Land of the Leopard", created in 2012 near Vladivostok.

Here animals and nature are protected from poaching, logging, forest fires. In the early 2000s, there were about 35 individuals in the world. The Far Eastern leopard is listed in the Red Book of Russia and the Red List of the International Union for Conservation of Nature. In addition, the "Land of the Leopard" stands out for the highest population density of the Amur tiger among the protected areas. There are 48 of these largest cats on the planet.
Russia Primorye leopard Land of the leopard national Park TASS
|
Facebook
|
Twitter
|
VKontakte
|
Odnoklassniki 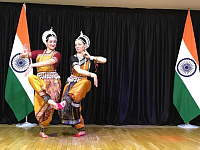 Dr. Vinay Prabhakar Sahasrabuddhe arrived in Russia with a cultural mission from India

Military delegations of Turkey, Syria and Russia will hold a meeting in February

New Delhi was unlucky with the weather on New Year's Eve

Sledge parades and Baba Yaga riot: Omsk is ready for the holidays

Pope Francis talks about plans to visit India and Mongolia

Russian scientists have developed electric power storage devices for the

Russia and Iraq to discuss building up business partnership in energy

A lantern festival was held in Shanghai

New orchards have been laid in Ingushetia

The President of Uzbekistan announced the creation of a state commission

Military delegations of Turkey, Syria and Russia will hold a meeting in