In Primorye, 23 thousand "Far Eastern hectares" were given out in five years

Primorsky Krai reported on the results of the Far Eastern Hectare program.

The authorities of Primorsky Krai have provided citizens with 23 thousand land plots for five years of implementation of the law "On the Far Eastern hectare". This was reported on Friday by the press service of the regional government.

"Since the beginning of the implementation of the law "On the Far Eastern hectare" in Primorye has considered more than 73 thousand applications for land plots, 23 thousand land plots have been provided for free use, more than 2 thousand have already been registered as property. The program has been running for five years, and during this time its demand in the region has grown significantly," the report says.

According to the press service, in 2022 it was planned to provide 2,570 plots for free use, but the plan was exceeded, almost 3 thousand plots were issued during the year.

The press service added that in Primorye has programs to support citizens who have received the "Far Eastern hectare". They concern, in particular, novice farmers: microloans, soft loans, grants are issued. Entrepreneurs who have received land plots are also implementing housing construction projects, creating tourist infrastructure.

More than a thousand Indian tourists visited Russia in May 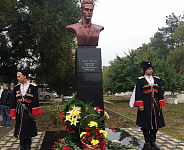 The swimming season is open in Sochi

Burials of the 15th century found in the southeast of Astana 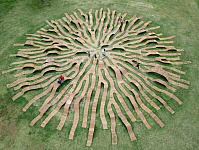 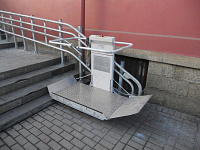 The SCO Countries Film Festival will be held in Mumbai, India, from January 27 to 31

A lantern festival was held in Shanghai

New orchards have been laid in Ingushetia

The President of Uzbekistan announced the creation of a state commission

Military delegations of Turkey, Syria and Russia will hold a meeting in

Russia and Turkmenistan to create a parliamentary library in digital for