Construction of the longest tourist staircase in Russia will begin on Schmidt Mountain in Norilsk in the north of the Krasnoyarsk Territory in the spring of 2023. Its total length will exceed 5 km, construction will proceed in stages, Anastasia Korol, Deputy Director for Tourism Development of the Norilsk Development Agency, told TASS.

Schmidt Mountain is considered to be the place from which the construction of Norilsk began. In 1921, the first wooden hut was built on the slope of the mountain, which is considered the first house of Norilsk. There are also the remains of coal mines, a narrow-gauge railway, trolleys transporting coal. From the top of the mountain there is a view of the Norilsk valley and the spurs of the Putorana plateau - the Kharayelakh Mountains.

"The total length of the stairs is 5.6 km. Already in 2023, we expect to launch the first section of the tourist staircase with a length of 1.02 km and an observation deck at an altitude of 240 m," the King said, adding that the construction of the staircase is planned in three stages.

The first part of the staircase will pass along the "paleontological route", the second - about 1.5 km long - will be devoted to the history of the formation of Norilsk, it will go to the memorial "Norilsk Golgotha". The final section is sports and educational, with a length of more than 2.5 km. So far, the agency does not name a deadline for the completion of all work.


The previous record for the longest staircase in Russia also belongs to the Krasnoyarsk Territory. In December 2021, a 1.2 km long tourist staircase was opened in Krasnoyarsk on the Torgashinsky Ridge, one of the most popular holiday destinations.

In the Rostov region, a funeral ceremony was held for the reburial of soldiers of the Great Patriotic War who fell in battles for the Motherland 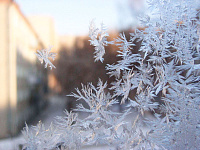 In Yakutia, the temperature dropped to -60 degrees

The highest Buddha statue in Russia was opened in Kyzyl

In the Republic of Korea, dogs go to kindergartens

Over 4,000 UAE citizens have applied to become astronauts