Russian cadets participate in an international equestrian competition in Mongolia.

Cadets of the Konstantin Rokossovsky Far Eastern Higher Combined Arms Command School (DVOKU) participate in the international stage of the field training competition "Equestrian Marathon" of the Army International Games ArMI — 2022. This was reported on Saturday from the venue of the event correspondent. TASS.

The grand opening of the competition took place on the morning of August 13 at the Joint training center of the Armed Forces of Mongolia. The fine rain that began in the morning did not prevent the performance of the artists of the ensemble of the armed forces of the country. But on the wet grass, several horses slipped during the demonstration of the Mongolian riders. Then the teams of participants rode in formation in a solemn parade. The military attaches of the Embassies of China and South Korea were present as observers.

Answering the question about the need for horses in the modern era of modern, ColonelAlexey Pokrovsky noted that these animals remain indispensable where no equipment can pass in hard-to-reach areas, especially in the mountains. Such horses are specially trained in two pack-transport units of Russia. In Mongolia, the equestrian marathon takes place near the Tavan Tolgoi training ground.

"Here the route of the competition runs along such trails where neither cars, motorcycles, nor ATVs can pass. Only a man with a horse. A soldier can carry a limited amount of equipment and he cannot do without the help of a horse. He also takes the wounded out of difficult terrain. All these skills will be demonstrated at the competition. It also has such an element as conducting reconnaissance by a mounted patrol. In it, a person can walk up to 20 kilometers, a horse 50-70 in a day. We were based on the old cavalry regulations of the Red Army - said the colonel.

Passengers will be entertained in the Chelyabinsk train 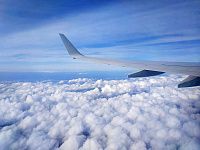 Saudi Arabia will open its airspace to all airlines

Police in Dubai transferred to Mercedes 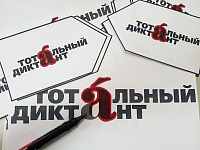 Yakutsk won the competition for the right to hold "Total Dictation"