The first indoor football arena will appear in Kuzbass

The cost of the project will be about 1 billion rubles.

An indoor football arena worth about 1 billion rubles will be built in Novokuznetsk, Kemerovo Region in 2024. Vladislav Nefedov, director of the Kuzbass Regional Sports Facilities Center, told TASS about this.

"The nearest [major] project we have is a football arena in Novokuznetsk [with an area of] 1 thousand square meters. m. a football field under the roof. We plan to launch it in 2024, [the cost will be] 1 billion rubles," Vladislav Nefedov said, specifying that the construction of the sports facility will be carried out at the expense of budget funds.

The Ministry of Physical Culture and Sports of Kuzbass explained to TASS that this will be the first indoor football field in the region. Now football sections are engaged only in open stadiums or in sports halls, the size of which does not always correspond to the parameters of football fields. Earlier, the heads of children's football clubs appealed to the governor Sergey Tsivilev with an initiative to build an indoor stadium for football in the region.

"The size of the football playing field with artificial turf will be 5070 m, with an auxiliary area for reserve players, referees, coaches. There will also be a gym, sauna, medical center, buffet, locker rooms, coaching rooms. [One-time] capacity is up to 500 people," the Kuzbass Ministry of Sports said.

The facility will be built within the framework of an agreement concluded between the Ministry of Sports of the Russian Federation, the Russian Football Union (RFU), the government of Kuzbass and the regional branch of the RFU. The project documentation is already ready and is undergoing state expertise.
Russia Kuzbass Novokuznetsk football Manege TASS
|
Facebook
|
Twitter
|
VKontakte
|
Odnoklassniki

A new bridge across the Yenisei opened for traffic in Tuva

Borders are open, a new medical accent, angels of salvation and fun for pandas - see the Chinese panorama – 431

Indian Ministry of Health notes a decline in cases below 40,000 people a day 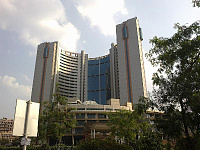 A 182-meter skyscraper will appear in the Indian capital 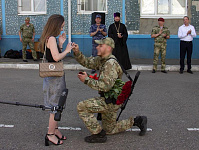