In Kyrgyzstan, I can introduce a 12-year school system

Currently, the country has an 11-year school system.

Kyrgyzstan plans to switch to a 12-year secondary education system in the near future. This was stated on Thursday in Bishkek during the opening ceremony of the kindergarten by Chairman of the Cabinet of Ministers of the Republic Akylbek Zhaparov.

"We are starting reforms in the education system for the transition to 12-year education. Educators, teachers of senior groups in kindergartens will be the first to implement measures within the framework of the reform," he said.

Currently, the country has an 11-year school system.

As the head of the government noted, the authorities attach great importance to the issues of school and preschool education in the republic.

The Head of the Cabinet of Ministers also announced the preliminary data of the national population census conducted in the spring of this year. "As of August 1 of this year, the population of the republic amounted to 6.977 million people. This year, the 7 millionth citizen of the Kyrgyz Republic will be born. May there be many joyful events in the country, may the future of our children be bright," he concluded.
Kyrgyzstan Akylbek Zhaparov school education TASS
|
Facebook
|
Twitter
|
VKontakte
|
Odnoklassniki 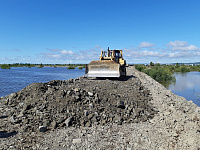 Thanks to the construction of dams on the Amur, more than 30 billion rubles were saved

World Halal Summit to be held in Turkey

Chips with "national" taste will appear in North Ossetia

Thailand to open to vaccinated tourists within 120 days