Indonesia has organized a large-scale entertainment program for G20 leaders

The G20 leaders were shown a light show and a dance program with the participation of 200 artists.

On Tuesday, the Indonesian authorities organized a large-scale entertainment program and a light show for the participants of the Group of Twenty (G20) summit in Bali.

Dinner and performance are organized outdoors in Garuda-Vishnu-Kenchana Park, where there is a statue of the god Vishnu. Its height together with the pedestal is 122 m, it is considered the third largest statue in the world.

The organizers have prepared shirts in traditional Indonesian style as a dress code for the participants of the summit who came to dinner and entertainment show. The dinner menu mainly included dishes of local cuisine, which were prepared without spicy seasonings and using halal products. It was developed by the famous culinary expert William Wongso. Alcoholic beverages were not offered to the guests.

The G20 summit began on Tuesday on the Indonesian island of Bali. Representatives of the leadership of the member countries of the association discuss issues related to food and energy security, the process of digital transformation and health problems. The meeting will last until November 16.

Alexander Lebedev: "The value of the idea of building a community of a single destiny of mankind lies in consistency and consistency" 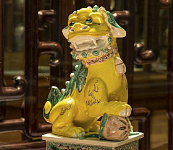 In the Middle Kingdom officially allowed to take off the masks

Israeli clinics are still among the best