Uzbekistan and China will jointly produce a Chinese coronavirus vaccine.

The Chinese biopharmaceutical company Anhui Zhifei Longcom Biopharmaceutical and the Uzbek company Jurabek Laboratoris signed an agreement on the purchase and production of a Chinese vaccine in Uzbekistan. This was reported to TASS on Thursday by the press service of the Chinese Embassy in Tashkent.

“A document on the purchase and supply of a recombinant vaccine against COVID-19 in an online format was signed by the Chinese biopharmaceutical company Anhui Zhifei Longcom Biopharmaceutical Co. Ltd and the Uzbek enterprise Jurabek Laboratories JV LLC,” the report says.

A separate line has been prepared at Jurabek Laboratoris for bottling the vaccine by Anhui Zhifei Longkom Biopharmaceutical, which has already been audited by Chinese specialists. It is expected that a validation series of the vaccine will be produced in the near future, after verification of which a permit for the production of the drug will be obtained.

According to the press service of the embassy, the vaccine, which will be produced in Uzbekistan, was obtained by biotechnological production of the recombinant protein NCP -RBD coronavirus SARS-CoV-2. It is assumed that in response to the appearance of this protein in the human body, the immune system produces antibodies that neutralize the virus. Three doses of this vaccine are administered within three months.

Mass vaccination has been carried out in Uzbekistan since April. For this, the Russian Sputnik V vaccine is used, as well as a drug manufactured in India under license from the British-Swedish company AstraZeneca, the Anhui Zhifei Longcom Biopharmaceutical vaccine, and the Moderna vaccine.

In a republic with a population of 35 million people 1.371 million people were fully vaccinated, more than 8 million people in Uzbekistan received the first component of one of the three vaccines.
China Uzbekistan agreement vaccine coronavirus COVID-19 TASS
|
Facebook
|
Twitter
|
VKontakte
|
Odnoklassniki

The world's tallest tower is being built ahead of schedule 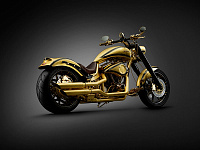 The largest motorcycle showroom opened in the UAE

Solar panels installed on the roofs of bus stops in Astana