Journalists and press secretaries of the universities of the Greater Altai agreed to hold a creative competition of publications on the topic of Eurasian integration within the framework of the II International Altaic Forum in Barnaul.

Representatives of information services and journalists from five universities from four countries of Central Asia that are part of the historical borders of Greater Altai met at Altai State University on the online discussion platform “Media Dialogue of Universities of the Greater Altai” . The media dialogue took place within the framework of the II International Altaic Forum with the information support of the Russian TV channel "Big Asia" and the site "Bigasia.ru". The result of the media dialogue was the decision to hold a creative competition of publications on the topic of Eurasian integration among journalists from universities and the media in Russia, Kyrgyzstan, Kazakhstan and Uzbekistan.

Conducting a media dialogue, according to the head of the REC of Altaic and Turkic studies "Greater Altai", President of Altai State University Sergey Zemlyukov, is directly related to the tasks of project "The Turkic-Mongolian world of the Greater Altai: unity and diversity in history and modernity", which is carried out at Altai State University on the state order of the Ministry of Science and Higher Education of the Russian Federation. The partners of the Great Altai project are more than 50 leading universities and research centers in Russia, the states of Central Asia and Europe. One of the areas of work of the Center, created at Altai State University in 2019, is the topic “Turkic-Mongolian world in the media space of the Greater Altai”.

The objectives of the TV channel "Greater Asia" lie in the same vector of coverage of events in the Central Asian region. As the General Director of the TV channel "Big Asia" Alexander Lebedev noted in his speech, the goal of the TV channel is to create stable communications between Russia and the countries of Asia, while "Big Asia" adheres to the principles of classical television broadcasting, avoiding negative news stories.

In the opinion of Vice-Rector for Informatization and Media Communications of Altai State University Maxim Gerasimyuk, joint projects, for example , a creative competition among journalists from universities and the media of the Greater Altai, dedicated to the topic of Eurasian scientific and educational integration.

The idea of Maxim Gerasimyuk was supported by almost all participants of the media dialogue. Professor of the Department of Journalism of the National University of Uzbekistan named after Mirzo Ulugbek Yakutkhon Mamatova noted that the creative competition on the topic of Eurasian integrationshould be held not only among information departments and media, but above all among students. In addition, for full-fledged cooperation, it is necessary to sign a formal agreement on information partnership between universities.

Vice-Rector for Information and Public Relations of the Kyrgyz-Russian Slavic University named after B.N. Yeltsin Leonid Sumarokov supported the idea of information interaction with the Altai State University and stated that a separate heading could be made on the website of the university for the Greater Altai projects and materials of the creative competition on the topic of Eurasian integration.

Journalist of the information center of the Eurasian National University. L. Gumilyova Olga Muravyova told that the university has a "Research Center for Turkology and Altaistics", this will allow the exchange of information and tutorials on the topic.

Head of the Department of Advertising and Public Relations, Kyrgyz-Russian Slavic University named after B.N. Yeltsin Gulmira Dzhunushalieva emphasized the importance of promoting common Eurasian values, the need to restore the historical memory of the common past of our peoples, lost over the past 30 years, especially among the youth audience.

Expert of the Great Altai Center for Altai Studies and Turkology , doctor of sociolothic sciences Alla Kovaleva spoke about the research conducted by the center on the role of the "Turkic factor" in the media space of Central Asia and assessed the need for cooperation between universities in this area.

The head of the media center of the Gorno-Altai State University Valentina Malova, head of project initiation group Management of projects in the field of education and the social sphere of MIA "Russia Today" Evgeny Efimov, editor-observer of radio Sputnik Kyrgyzstan Taalaibek Oroskulov.


In conclusion, participants of the media dialogue agreed to exchange information partnership agreements between universities, create a general chat for the rapid exchange of information on current projects, jointly organize a competition of journalistic publications on the topic of Eurasian integration among journalists from universities and the media in four countries.

Mikhail Murashko: "The strength of the medical community is in knowledge, in coordination of actions, support and assistance to each other"

National guardsmen took two children out of a burning house

Israel sits in quarantine, but does not lose heart 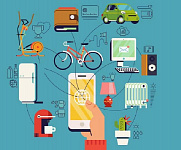 IoT technology center to be set up in Hainan

China continues to build up its defense power