A thousand schoolchildren simultaneously played the dombra in Nur-Sultan

The achievement is planned to be included in the Guinness Book of Records.

A thousand students of the Nazarbayev Intellectual School in the capital of Kazakhstan played simultaneously on the national musical instrument — the dombra. As the press service of the educational institution reported on Wednesday, the achievement is planned to be included in the Guinness Book of Records.

"In the capital's intellectual school of physics and mathematics, the academic year ended with a landmark and long-awaited event — a dombra lesson, which is planned to be included in the Guinness Book of Records as an online record "The largest Dombra lesson". A thousand students played the main musical instrument of the Kazakh people at the same time," the message reads.

An unusual lesson was held under the guidance of a teacher of additional education, Honored Worker of Culture of the republicAitzhan Toktagan. Famous kuis (instrumental pieces) were performed by the students "Saryarka", "Balbirauyn", "Yerkem-ai", "Kenes", "Zhastar biy", as well as the history of their creation.

According to the press service, elective courses of dombra have been introduced at the school since 2016. At the same time, the school ensemble "Zhiger" created by Toktagan is the winner of many national and international music competitions, the winner of the grand Prix of the Italian festival-competition Sun of Italy ("The Sun of Italy"), performed on the stages of famous American universities - Harvard and Boston Universities, the Massachusetts Institute of Technology. "Dombra is a sacred instrument for every Kazakh, and the inclusion of our lesson in the Guinness Book is the discovery of dombra to the whole world," the teacher believes.

The school also noted that the last dombra lesson was the only time in the world when more than a thousand students of one educational institution played the main national instrument. The organizers assume that this record will be included in the global directory of outstanding achievements and unique phenomena.

In Kazakhstan, the National Dombra Day is celebrated every first Sunday of July, which was established in 2018 by the decree of the first President of the republicNursultan Nazarbayev. It is aimed at further consolidation of society around the idea of preserving and reviving national culture. Dombra is a stringed plucked musical instrument common among the Turkic peoples. The Kazakh dombra has two strings and is made of a single piece of wood. Dombra is used both as an accompaniment and as the main instrument in Kazakh folk music. Many modern musicians include the sound of dombra in their compositions.
Kazakhstan Nur-Sultan dombra schoolchildren record TASS
|
Facebook
|
Twitter
|
VKontakte
|
Odnoklassniki

Narendra Modi: "Yoga has become one of the most powerful unifying forces in the world" 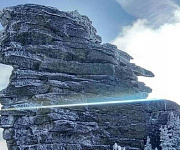 The plasma circle was noticed by residents of Kuzbass

there will be a new subject in Primorye schools - tiger studies

Iranian authorities want to double the length of metro lines

The research Center of Turkey reported that the population of the country sees Russia as a friend, and America as an enemy