The plan to move the center from Jakarta has already been approved by the country's authorities.

Construction will begin in 2021, the project was estimated at $32.5 billion, according to media reports citing Indonesian officials.

in which province the new capital will be built will be announced later.

Recall that in late April, the President of the Republic, Joko Widodo, proposed moving the main center of the country due to the outdated infrastructure of Jakarta. In this city, motorists stand in traffic jams for a total of 22 days a year. This figure was the highest in Asia.

In addition, according to the report of the company Inrix, the current capital of Indonesia ranks 12th in the ranking of the busiest cities on the planet.

Another negative factor called the gradual flooding of the current capital. During the year, the water in the ocean rises by an average of 15 centimeters.

Previously, it was reported that pereedet-podalshe-ot-okeana/?sphrase_id=378714">authorities can move either to the municipality of Gunung Mas, located in the province of Kalimantan, or to the Kutai Kartanegara district, which is located in within the same administrative unit. 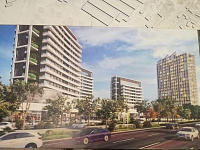 Wall Street will appear in Uzbekistan

The Tavrida highway is completely open to traffic

Japan partially lifted the soft quarantine regime in the country

Construction of the longest tunnel in the Caucasus begins in Georgia

Kyrgyzstan stopped the spread of coronavirus in three weeks