The tragedy at sea, the future of aviation, a healthy China, an evolutionary mystery – see "Chinese Panorama"-206


In Guangdong province, the procedure for identifying the bodies of the dead after the collapse of a floating crane has begun

According to the Guangdong Province Search and Rescue Center, the bodies of twelve crew members of the sunken floating crane were found and handed over for identification. They were in the water about 50 nautical miles southwest of the flooding site.

At the same time, local authorities stepped up efforts to find 14 more missing crew members. In total, 7 helicopters, 240 ships and almost 500 fishing boats were involved in the rescue operation.

The floating crane sank while trying to hide from typhoon "Chaba" at the anchorage. The mooring chain broke and the crane overturned. Of the 30 crew members, three were rescued at the scene, and another person was found alive two days later.


Chinese aircraft made entirely of carbon fiber made its first flight

China has developed the first light aircraft made entirely of carbon fiber. The day before, he successfully completed a pilot flight at an airfield in Hubei Province.

A new aircraft made of advanced carbon filaments was invented and built in an independent aircraft manufacturing company of the People's Republic of China. More than 80% of the parts for this model are manufactured domestically. This is important for the smooth production and maintenance of the aircraft.

Xu Qiang, Chief Technical Officer of an aircraft manufacturing company:
"The use of carbon fiber reduces the weight of the aircraft, which is very important. It can also reduce the cost of production. In the past, most aircraft of this type were made of aluminum alloy, which led to a high cost. Meanwhile, aluminum alloy is weaker than carbon fiber."

It is planned that the aircraft will be used in flight training, tourism and navigation. Today, this two-seat monoplane is among the lightest sports aircraft in the world.


The average life expectancy in China has increased to 78 years

The average life expectancy of the Chinese population has increased to almost 78 years. This was told in the National Health Commission of the People's Republic of China. Increasing life expectancy and improving citizens' health literacy is one of the most important state goals. It is fixed in the national program "Healthy China", which is valid until 2030.

According to the main health indicators, the Celestial Empire leads among middle- and high-income countries. Thus, a quarter of the country's residents know how to maintain their health, and 37 percent of the population regularly exercise. There have also been significant improvements in basic health care for all age groups. Timely vision testing and treatment have become available to more than 90 percent of children in China. Due to this, the level of myopia among schoolchildren has decreased.

The Celestial Empire is actively developing measures to prevent and combat major chronic diseases, such as cardiovascular and respiratory diseases, cancer and diabetes. The rate of premature mortality caused by these diseases has decreased compared to the global average.


Scientists have found out how pandas became vegetarians

Several exciting discoveries were made by a group of Chinese and American paleontologists. The research, which began with the search for fossils of ancient great apes, led to the refutation of theories about pandas and the history of this species.

It turned out that black and white bears began to eat bamboo at least six million years ago. Previously, it was believed that these animals began to eat the plant about two million years ago, or, according to another version, only 10,000 years ago.
This discovery was made thanks to the remains of ancient pandas that were found in Yunnan province. The fossilized parts of the skeleton included a sixth finger, which pandas used in the same way as a human uses a thumb. Scientists have long suspected that the ancient black-and-white bears had another finger with which they handled bamboo. He did not let the stems slip out of his paws. Finally, this theory has found a fossil proof.

Ji Xueping, Researcher at the Kunming Institute of Zoology of the Chinese Academy of Sciences:
"The discovery of the ancestors of the big pandas was unexpected. Actually, we studied the period when ancient great apes evolved to humans. Instead, they found fossils of various animals, including teeth and parts of the skeleton of bamboo bears. Based on the found humerus, we calculated that large pandas at that time weighed from 50 to 70 kilograms. That's how much the females weigh today."

Thanks to the sixth finger, pandas became the only vegetarians in the bear family. The development of this part of the body was a response to the need to switch to a plant-based diet and the most amazing manifestation of evolution.

Modern pandas no longer have a full-fledged sixth finger. Only a small process, which is called a "false finger". Paleontologists believe that this part of the body did not develop further, as it would prevent pandas from moving and distributing weight correctly when walking.

In Japan, the authorities are asking residents to observe the maximum regime of self-isolation, but the state of emergency has not yet been introduced.

In Indonesia, about a third of the population is fully vaccinated 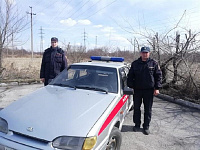 In Kuzbass, the National Guard rescued women and a child from a fire

Revaccination of residents against coronavirus begins in Kazakhstan

Russian Post will launch unmanned delivery in Kamchatka in 2023