FAO has added three sites in China to the list of Agricultural Heritage Systems of Global Importance.

The Food and Agriculture Organization of the United Nations (FAO) has added three Chinese agricultural sites to its list of Globally Important Agricultural Heritage Systems. This was announced on Tuesday by the Ministry of Agriculture and Rural Affairs of China.

According to the department, the list includes tea plantations in Anxi county, Fujian province, in the east of the country, where the teguanyin  reminiscent of both green and black tea. The second location that received such an honorary international status is the pastures in khoshun (an administrative unit corresponding to the county) of Ar-Khorchin in the east of the Inner Mongolia Autonomous Region (northern China).

The third site added by the UN to this list is terraced farming in Shexian County, northern Hebei Province. All three places are recognized as objects of agriculture, which have original traditions and contribute to the increase of biological diversity.

Thus, in PRC there are already 18 locations included in the list of agricultural heritage of the world organization. In total, it includes 65 agricultural systems located in 22 countries. 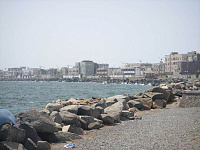 National Journalist Day celebrated for the first time in Afghanistan