Theaters, cinemas and swimming pools to open in Yakutia

The authorities of Yakutia will allow cinemas, theaters and swimming pools to reopen from September 18.

Such a decree is going to be signed on September 17 by the head of the region Aisen Nikolaev. He announced this live on the Rossiya-24 TV channel.

Aisen Nikolaev emphasized that the permitted occupancy of these institutions will be 50%, subject to all accepted sanitary standards determined by Rospotrebnadzor.< br>
Since July 2, the second stage of lifting restrictions has been in effect in Yakutia: shopping centers have opened (the catering area and play areas are closed), summer cafes, tourist camps, museums, and libraries have resumed receiving visitors. From August 28, rehearsals of creative groups of theaters, concert organizations and cultural and leisure institutions are allowed.

In total, according to the stopcoronavirus.rf resource, 8,331 cases of coronavirus infection were detected in Yakutia, 6,503 patients were discharged, 90 people died.

Kyrgyzstan plans to reduce greenhouse gas emissions by 44% by 2030 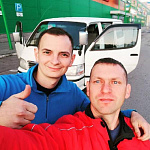 Residents of Altai went to Bali on bicycles

State employment service to be created in Georgia

Azerbaijan is ready to issue e-visas at the airport

South Korean authorities urge residents to get vaccinated against coronavirus