The Trans-Baikal Territory will present its exposition at the Far East Street exhibition, which will be held as part of the VI Eastern Economic Forum.

The concept of the exposition is “Transbaikalia is strength in people”. The pavilion of the region will be divided into three zones: welcome zone; culture, tourism and natural heritage; investment potential.

“Transbaikalia has its own points of economic growth. Such deposits of natural resources as the copper Udokan and gold ore Nasedkino are being developed, mining and metallurgical plants are being built. A grain railway terminal is being created. Blocks are being built in Chita. Other major economic projects are also being launched. Thanks to the inclusion of the region into the Far East, Transbaikalia received additional opportunities for the development of the economy and the social sphere. These are the benefits of the preferential treatment of the ASEZ, the modernization of infrastructure with the help of the Far East “single subsidy”, preferential mortgages at 2% per annum, the provision of land under the Far Eastern Hectare program. And it is important for us that projects that are being implemented with state support help create comfortable conditions for people, so that new opportunities appear for those who live in the Far East, so that their quality of life changes, ”said Deputy Prime Minister of the Russian Federation - Plenipotentiary Representative President of the Russian Federation in the Far Eastern Federal District Yuri Trutnev.

At the entrance to the pavilion of the Trans-Baikal Territory, guests of the Forum will find themselves in a welcome zone, where a hologram of the governor will be installed. A time capsule will also be located here, in which it will be possible to take a photo against the backdrop of Transbaikal landscapes and sights.

In the zone of culture, tourism and nature, visitors will see installations that tell about the most interesting places in the region, as well as infographics about national parks and attractions. Guests can also take part in a video tour of the region. At the same time, the guides at this moment will be in Transbaikalia and show the guests the nature of the region with their own eyes. This is a kind of teleconference between the Trans-Baikal Territory and Vladivostok.

“Transbaikalia is a large and hospitable land, the incredible beauty of which must be shown brighter and more often. At the EEF site, we want to attract the attention of not only investors, potential partners, but also everyone who is ready for amazing discoveries of our natural, cultural, historical, gastronomic riches,” said the Governor of the Trans-Baikal Territory Alexander Osipov.

The Card Index installation will be placed in the investment potential zone. It will present the anchor advantages of the region: a rich mineral resource base, an advantageous geographical position, and ecologically clean unoccupied lands.

Here, visitors can also get acquainted with the presentations of investment projects that are being implemented in the region. Stands of large companies of the region will be installed in the zone: Norilsk Nickel, Komsomolets and others. For a detailed immersion in the industry of Transbaikalia, an exhibition of samples of minerals and products will be organized.

The exhibition "Street of the Far East" will be open on September 2-7. Until September 4, it will be available to participants and guests of the EEF-2021, on September 5 and 6 - residents of Vladivostok. On September 7, a social day will be organized.

EEF-2021 will be held in compliance with all necessary security measures and recommendations of Rospotrebnadzor and the World Health Organization to prevent the spread of a new coronavirus infection.

The organizer of the exhibition is the Roscongress Foundation with the support of the Office of the Plenipotentiary of the President of the Russian Federation in the Far Eastern Federal District.

The Japanese can return to their homeland for vaccination

Singapore Airshow 2022 to open on February 15

In Vladivostok finished the All-Russian game of Go 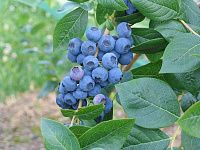 Blueberries began to be grown in Stavropol 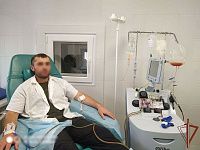 Lebanese Christians from the Diaspora make a pilgrimage to their homeland