On the eve of International Women's Day, Sergeant Anna Tarasova spoke about the life path that led her to the law enforcement forces.

On fragile shoulders - shoulder straps of a sergeant. On his face is a cheerful smile. On the eve of International Women's Day, a servicewoman of the Department of the Russian Guard in the Nenets Autonomous Okrug Anna Tarasova spoke about her choice of profession. Since childhood, a specialist in public relations and the media has dreamed of becoming an actress, and in adulthood - to serve the Fatherland. The troops of the National Guard helped the girl to combine both professions.

“I was born in the Far North, in the village of Khorey Ver. The youngest daughter in a large family: I have two brothers and a sister. Since childhood, she dreamed of becoming an actress, but her mother did not let her go far from herself. Therefore, I first graduated from a vocational school with a diploma as a pastry chef. Then she trained as a technologist. When I realized that cooking was not my thing, I decided to follow in the footsteps of my older sister, a police major,” said Sergeant Tarasova. Ensemble "Sudarushka" combined first with participation in a voluntary people's squad, then - with work in the regional Directorate of the Ministry of Internal Affairs of Russia and the Main Directorate of the Ministry of Emergency Situations of Russia in the Nenets Autonomous Okrug. When it became known that a territorial body of the Russian Guard was being created in the district, Anna Tarasova successfully passed the tests and was one of the first to enter the military service. 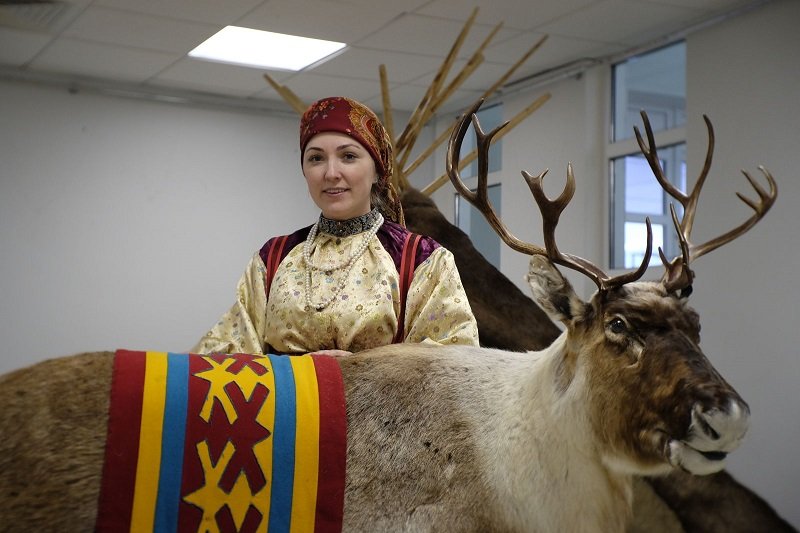 “The Russian Guard is my second home. Here I gained experience, learned patience, endurance. Service in the troops of the National Guard obliges to be disciplined, collected and responsible. In the service, I try to perform all tasks on an equal footing with men. But International Women's Day on March 8 is a real holiday for me. This is the day when you get a lot of positive emotions, congratulations and gifts,” shared the servicewoman Anna Tarasova.

participation in a festive action - a photo shoot in the national costumes of the peoples of the Russian Federation. Sergeant Anna Tarasova appeared in the costume of her ancestors - Komi.

Volunteers in Thailand are actively fighting the spread of COVID-19

In Moscow, the coronavirus is receding, and the authorities are consistently lifting restrictions

Within two years, 20 schools will be built in Ingushetia under the national project

The Japanese are living longer

Vietnam is testing its own COVID-19 vaccine