Crews of small missile ships (RTOs) "Grad Sviyazhsk" and "Joshan", as well as artillery ships "G-124" and "Saryarka", representing the Russian Navy and the Navy at the international competition "Sea Cup-2017" (Navy) of Iran, Azerbaijan and Kazakhstan, respectively, completed the development of the water rescue episode.

The team of the Russian Federation started first and in showed the third result in 2 minutes 21 seconds while passing the distance, earning 36 points.

The first place in by the results of the exercise was awarded to the team representing the artillery ship "Saryarka" Navy of Kazakhstan. Its crew covered the distance in 2 minutes 13 seconds, 7 seconds ahead of the nearest rival.

Second place was deservedly given to the crew of the G-124 artillery ship. Azerbaijani Navy. The hosts of the competition were ahead of the Russian team literally by  1 second.

The sailors who participated in the episode on the use of rescue equipment, in order to cover the distance in in accordance with approved rules, had to wear sea rescue overalls at speed , overcome 25 meters in water to life raft, climb on then and using the using oars to get to the starting point, overcoming another 25 meters of water surface.

According according  ;the program of the competition "Sea Cup-2017" already tomorrow the crews of warships of the countries participating in the competition will go to the sea to complete the final episode of the — «Laying the ship anchor and barrel».

Within the international competition "Sea Cup-2017" Navy sailors from the Russian Federation, the Republic of Azerbaijan, the Islamic Republic of Iran and the Republic of Kazakhstan compete in combat and everyday use of their ships with a displacement of up to 1000 tons.

In as as observers of contests in  representatives of the armed forces of Turkey, Saudi Arabia and Bahrain are present in the waters of the Caspian Sea.

There will be more flights between Kazakhstan and Uzbekistan 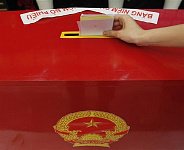 In Yakutsk, the construction of the "Far Eastern quarter" will begin in July 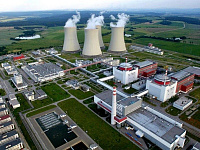 Earthquake-affected Aegean countries agree to help each other 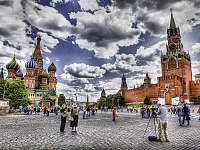 The forum "Business Eurasia" was held in Tajikistan