The number of vehicles in China has exceeded 300 million

This was announced by the Ministry of Public Security of the People's Republic of China on the eve of the National Transportation Safety Day.

This day has been celebrated in China on the second of December for seven years now. The department noted that compared to 2017, the number of vehicles in China increased by 4.7% and amounted to more than 325 million units. The number of drivers increased by 5.5% and now there are 407 million people in the country with a license.

Parallel to this, the number of private cars is increasing. The growth of the Chinese economy and the level of well-being of the population has led to the fact that there are now 187 million personal cars in China. Thus, for every hundred families there are 40 cars. And this is without taking into account the numerous motorcycles, mopeds and scooters.

The Chinese leadership pays great attention to improving road safety. This year there has been a sharp decrease in serious accidents. Since the beginning of the year, only 520 of them have been registered in China, which is 24% less than last year. There is also a decrease in other accident rates.

It is noteworthy that in China, along with the generally accepted rules of the road, there are local features. For example, while driving in China, it is forbidden to smoke, eat and talk. Also, you can not drive a car if the driver is wearing slippers. 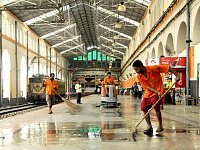 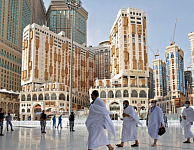 The Saudis will celebrate the founding day of the state