Central Asian specialists discussed the prospects of the Russian language in the region with colleagues from Russia.

On November 27, 2020, the International Video Conference "Russian Language as a Means of Expanding International Competences" was held. It was jointly organized by ANO "Commonwealth of Eurasian Peoples", Khujand State University (Tajikistan) and Research Institute of History and Ethnography of the Southern Urals of Orenburg State University (Russia). 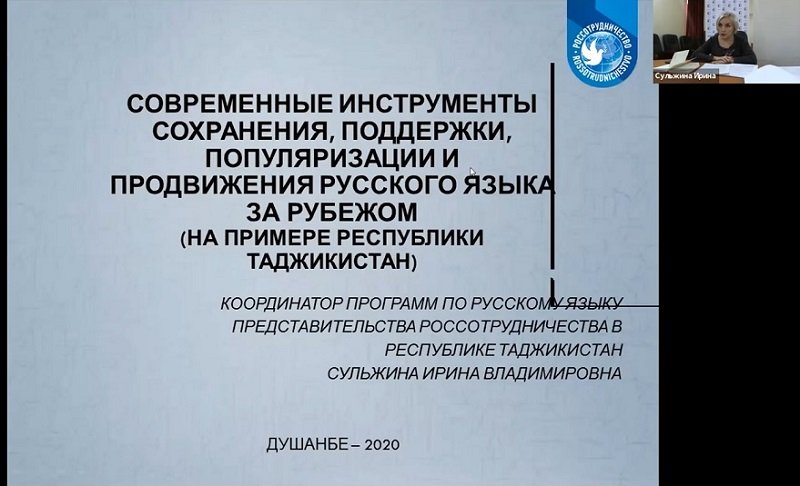 Thanks to the consolidation of international efforts , managed to bring together more than 40 specialists from 13 universities, 9 cities and 5 countries of the world on a common platform for an interested professional conversation. Among them are the coordinators of the Rossotrudnichestvo programs on the Russian language in Tajikistan Irina Sulzhinaand in Kyrgyzstan Irina Tsareva, heads of Russian language and culture centers, teachers and scientists, philologists and literary critics from Alma- Ata, Uralsk (Kazakhstan), Bishkek (Kyrgyzstan), Dushanbe, Khujand (Tajikistan), Tashkent, Namangan, Ferghana (Uzbekistan), Orenburg (Russia). 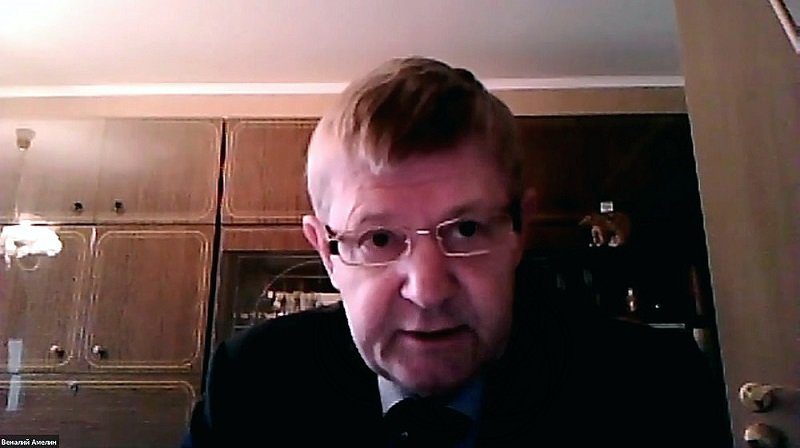 Russian language in Central Asia, the conference participants noted that in the countries of the region there is a complex and sometimes contradictory, but objective, natural process of strengthening the role of state languages, expanding their use in all spheres of life. Universities from Turkey (Kazakh-Turkish, Kyrgyz-Turkish Universities, etc.), China (Confucius Institutes), South Korea (Inha, Puchon, Yeoju Universities in Tashkent, etc.), USA (Webster University in Tashkent, AUCA in Bishkek, etc.), Great Britain (Kazakh-British Technical University, University of Westminster in Tashkent, etc.) with their own languages and interests. 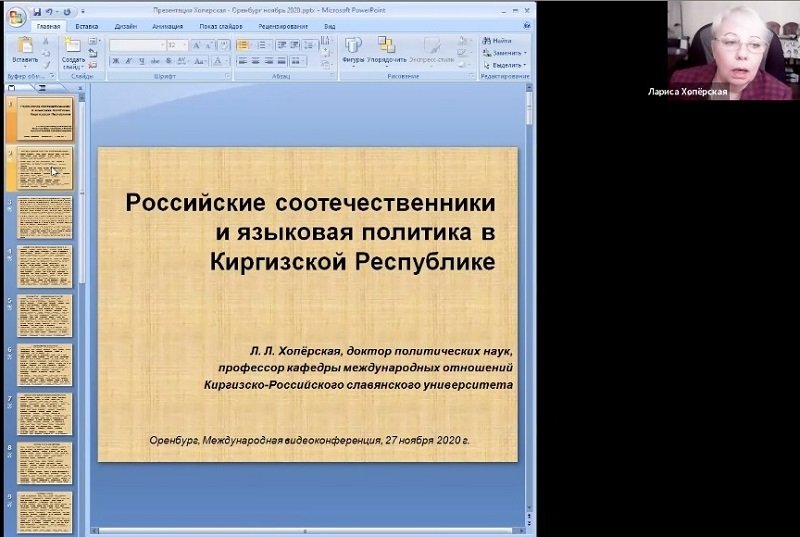 However, despite this , the Russian language in the countries of Central Asia remains in high demand as a competitive advantage for obtaining a quality education, successful employment and career, access to the achievements of Russian science and culture. This is confirmed by the growth in the number of students in Russian classes over the past 10 years in Uzbekistan - by 50%, and in Tajikistan - by 36%, high competition for budget places in Russian universities for applicants from Central Asian countries.

Under these conditions, the goal of all interested parties should not be the artificial planting of the Russian language, but support the existing public demand and even stimulate it through the creation of a sustainable infrastructure: opening pivotal schools and branches in the region Russian universities, sending experienced Russian teachers and methodologists there to work on contracts, modern educational literature, regular advanced training of local teachers. In particular, within the framework of the conference, representatives of Tajikistan expressed their interest in opening a branch of one of the Russian pedagogical universities in the republic.

The diamond was named after the hero of the USSR

The next regional conference of Russian compatriots from Asian countries will be held in Nepal.

"Tank" found at the bottom of Lake Baikal

With a turn to the East, Russia will develop at the expense of the Far Eastern Federal District.

KChR issued postal envelopes for the 100th anniversary of the republic