Most of the hotels in Kemer, where Russians prefer to relax, are open.

The mayor of Kemer, a popular Russian resort town in the Mediterranean province of Antalya, Necati Topalogludenied claims that most local hotels are still closed. Hotel occupancy has reached nearly 100 percent, he told TASS on Sunday.

“We have completeness issues, as some people claim. Hotels are 98 percent full,” said the mayor, commenting on reports that many local hoteliers are postponing the opening of facilities to the end of May and June due to underloading of tourists, mainly Russian and Ukrainian.

According to him, the flow of tourists from Russia to Antalya, as a rule, begins to grow from May. “We are waiting for Russian tourists and we ask them not to believe the rumors, he added   The mayor of Kemer also said that the start of charter flights to Antalya by Turkish Airlines will contribute to the growth of the tourist flow.

Delays in opening hotels in Antalya, in particular in Kemer, were reported last week by the local Touristic Newspaper, citing the inability to ensure loading due to the lack of tourists due to the Ukrainian crisis.

There are more than 400 hotels in the Kemer region, including 65 five-star hotels.

The Turkish authorities previously reported that they expect to receive about 3.5 million Russian tourists this year, most of them at seaside resorts.

A new road to Sheregesh has been opened in Kuzbass 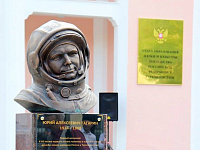 Palestine and Arab Jerusalem celebrate the end of Ramadan

An Afghan veteran from the Russian Guard spoke about his service

For the first time in 50 years, traces of the Amur tiger were found in Yakutia

An ice figure from Blagoveshchensk won a competition in Harbin