On July 3, a meeting was held on the topic “Experimental legal regimes. Prospects and Opportunities for Innovative Industries”, where business representatives, together with the Ministry of Economic Development, discussed the future of innovative technologies, including in the field of telemedicine services.

The online conference was held at the Yandex site with the participation of the Minister of Economic Development Maxim Reshetnikov and the companies MEDSI, MTS, Yandex. MEDSI and MTS companies presented their experience in applying innovative solutions in telemedicine in a joint project.

The law “On Experimental Legal Regimes in the Sphere of Digital Innovations” has been discussed for a long time, but it was only on July 2, 2021 that it was signed by the President of the Russian Federation. The law allows a limited number of companies in certain territories to apply the relevant technologies in a test version. Experimental legal regimes (EPRs) are in place for three years. If after this period it is established that the innovation has shown itself well, then the Government will be able to consolidate its use throughout the country at the legislative level.

One of the most important topics within the framework of the EPR is telemedicine technologies, which will increase the availability of medical services, especially for residents of remote areas. But so far they are available only in the private healthcare sector, and patients themselves decide whether they want to receive such a service or whether it is more familiar and convenient for them to come to a face-to-face appointment with a doctor. Alexander Pilipchuk, Member of the Management Board, Director for Digital Transformation of MEDSI Group, spoke about the development of telemedicine.

MEDSI together with MTS developed and implemented the SmartMed digital service. More than 800,000 people already use the app, and more than 35,000 telemedicine consultations were held in 2020. Today, through this application, you can get advice from specialists in 25 areas. “Each industry goes towards meeting the needs of the consumer. And the consumer - in our case, this is a patient - wants to receive help when it is convenient for him, and in the way that is convenient for him. Telemedicine is the direction that can satisfy this need”, — added Alexander Pylypchuk.

He also noted that up to 20% of primary health care services can be transferred to a telemedicine format without compromising the health and life of citizens, which will reduce the cost of medical care by 12% compared to the traditional approach. On the one hand, this will unload the primary polyclinic link, and on the other hand, it will make assistance to patients more accessible.

As MEDSI representatives previously reported, it was in 2020, during the pandemic, that there was a rapid increase in demand for telemedicine consultations - by 300%, the number of installations of the SmartMed telemedicine application increased, and the share of appointments in clinics through SmartMed reaches 35-40% of the total volume.

the prescribed treatment not only by the doctor who received the patient, but also by another specialist. We have new ways of identifying the patient. The law also allows a doctor to provide consulting services both from his own office in a polyclinic and from any other geographic location,” — said Ruslan Ibragimov, Vice President for Interaction with Government Authorities and Relations with public of MTS PJSC.

The implementation of the telemedicine project will be carried out on a commercial basis, without the participation of budgetary funds. Sberbank and VEB.RF also joined the project. Thanks to telemedicine, patients will be able to get a doctor's consultation in time and start treatment, while now many are forced to spend time getting to the clinic in the regional center. As a result, months pass from the first symptoms to the diagnosis, which can be critical for some diseases.

The Minister of Economic Development of Russia Maxim Reshetnikov spoke about the created mechanisms of experimental legal regimes (EPR), the importance of public-private partnerships (PPP) and business initiatives when formulating proposals for regulators and legislators, noting that the creation of so-called "sandboxes" for testing innovations will allow Russia to achieve significant growth in the technology sector. “The technologies selected today as experimental technologies are ready for replication. But we must resolve all specific issues: how security will be ensured, how the quality of services will be assessed, how certification will take place”, he added.

The Deputy Minister of Economic Development of the Russian Federation Vladislav Fedulov also stressed that it is first of all important to make sure that innovations are safe. In the case of successful testing of projects, new opportunities will open up for the development and commercialization of modern technologies.

National television of Uzbekistan can be made private

Japan and the UN have joined forces to help Dushanbe

South Korea intends to provide humanitarian aid to the DPRK 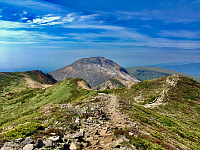