A charter flight from Japan to the southern Kuril Islands will depart after September 20. This is reported by the agency "Kyodo" with reference to the statement of the former deputy of the lower house of parliament Muneo Suzuki.

The politician talked to journalists after visiting the residence of the Japanese Prime Minister.

According to Suzuki, Tokyo and Moscow are currently studying this issue. He clarified that the Russian side offered Japan to carry out the flight after September 20.

Earlier, several local media outlets wrote about that September 23 is considered as the expected departure date. At the same time, the Yomiuri Shimbun newspaper, which is close to the government, noted that in case of bad weather conditions, the aircraft will also be reserved for 24 September. The aircraft will deliver to Iturup and Kunashir Islands former residents of the southern Kuriles from among Japanese citizens and their relatives, who will visit the graves of their ancestors.

Airplane of the Russian airline "Aurora" was supposed to take off from the territory of the Nakashibetsu airport of the governorate of Hokkaido and to head for the southern Kuril Islands on July 18th. However, the fog over the island of Kunashir prevented the implementation of the plan. In during conversations at the G20 summit in Hamburg Russian President Vladimir Putin and Japanese Prime Minister Shinzo Abe agreed to try again in September of this year. 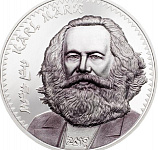 Zaporozhets is being sold in Vladikavkaz for almost ₽3 million

Nearly 300,000 Syrian refugees have returned to their homeland from abroad

The building of another new school was commissioned in Karachay-Cherkessia

Azerbaijan may join the “I travel without COVID-19” program