The first batch of Russian vaccine was delivered to the Philippines

Delivery of several more batches is expected before the end of the second quarter.

The first batch of the Russian Sputnik V coronavirus vaccine was delivered to the Philippines on Saturday. This was reported by the Office of Media Relations under the President of the Republic, accompanying the publication with photos from the airport. local time (10:44 Moscow time). The Philippine authorities called this batch part of a trial order, the remaining doses of which should arrive in the country in the near future. In addition, delivery of several more lots is expected before the end of the second quarter. Meanwhile, the Philippines is negotiating to supply 20 million doses of Sputnik V to the country.

Initially, the drug was expected to arrive on April 28, but due to logistical problems, including the lack of direct flights from Russia, the deadline was pushed back to May .

On January 30, 2020, the first case of coronavirus infection was detected in the Philippines. To date, the total number of people infected in the republic has exceeded 1.04 million, more than 957 thousand people have recovered, and 17.3 thousand patients have died. The authorities of the country, in addition to Sputnik V, approved the emergency use of drugs manufactured by the American company Pfizer (Pfizer), the British-Swedish consortium AstraZeneca (AstraZeneca), the Chinese company Sinovac Biotech (Sinovac Biotech), the Indian company Bharat Biotech ( "Bharat biotek"), as well as Janssen ("Janssen"), owned by the American corporation Johnson & Johnson ("Johnson & Johnson"). On March 1, vaccination with CoronaVac (Koronavak) from Sinovac Biotech began in the country, 600,000 doses of which were delivered to the republic on February 28.
Russia Philippines vaccine Sputnik V coronavirus COVID-19 TASS
|
Facebook
|
Twitter
|
VKontakte
|
Odnoklassniki

The opening of a private laboratory took place in Ashgabat

Tales of tigers and ethnoparks: the exhibition "Street of the Far East" opened at the WEF.

In China, people waited for a double holiday and urgently boarded trains

The Russian delegation will assess the epidemiological situation in Turkey

Parents' Day may appear in Uzbekistan

For Russians over 18 years old, a program to stimulate vaccination will be launched 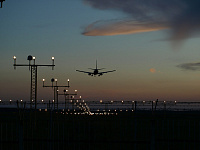 An international airport will appear in Nagorno-Karabakh