Tasting of exotic fruits will be held in Omsk

Citizens will be able to taste candied fruit, dogwood, Brazil nuts, macadamia and much more for free.

Except In addition, the townspeople will be told interesting facts about exotic fruits. Culinary lovers will be able to learn recipes for Lent. Tomorrow's action is timed to it, said Alexander Algazin, general director of Municipal Markets.

The mayor's office reminded that traditional provincial fairs will be held on Saturday. 150 farmers will present dairy products, poultry meat, eggs, butter and vegetables at the Central, Leninsky and Levoberezhny markets.

Previously, Big Asia reported that "chocolate" festival was held in Orenburg. The gastronomic holiday was called "Dishes that unite nations".

In Japan, a bunch of elite grapes was sold for a record $10.7 thousand 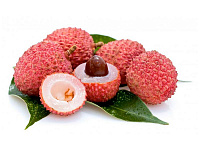 Lychee to be tasted on Vietnam Airlines flights

The tourist flow from Russia to Kyrgyzstan is rapidly increasing 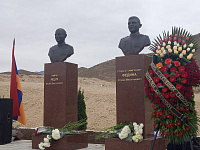 In Japan, they are trying to figure out how to hold the Games and not cause an epidemic