The Russian Sputnik V coronavirus vaccine may become available to residents of the National Capital Territory of Delhi (which includes New Delhi) next week. According to the website of the Indian Express newspaper on Sunday, it is planned that vaccination with the Russian drug will begin on June 15.

According to this information, Sputnik V will go to the Indraprastha Apollo Hospital in the capital . A spokesman for the clinic told the publication that the vaccine would be pre-delivered on Monday evening.

According to the clinic, the cost of a single dose of such a vaccine would be 1,145 rupees ($15.6). In comparison, the price of a dose of the Covaxin vaccine produced by the Indian company Bharat Biotech is Rs 1,410 ($19.2). In India, from May 21, free vaccination of all citizens who have reached the age of 18 begins. But those who do not want to wait in line for vaccinations can get vaccinated at a private clinic for a fee.

Local pharmaceutical company Dr. Reddy's Laboratories applied in February for limited use of Sputnik V in India. She was approved in April. This company is ready to distribute the Russian vaccine. The Russian Direct Investment Fund (RDIF) also agreed to manufacture the drug with several companies in India itself. The use of the Russian drug began in this country on May 14. The first vaccination was made in Hyderabad by a representative of the management of Dr. Reddy's Laboratories Deepak Sapra.

The 10 millionth resident of Tajikistan was born in Dushanbe

The hydrometeorological center reported frosts in the Asian part of Russia 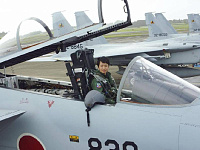 In Japan, a female pilot will fly a fighter jet for the first time

Citizens of 117 states can visit Kazakhstan on electronic visas

new center for disabled children has opened in Ulaanbaatar

Taxi drones will take to the roads of the UAE