The volume of delivery of the Russian drug to the republic amounted to 150 thousand doses.

Residents of Kazakhstan will be able to undergo revaccination with a Russian drug against coronavirus from January 20. This was announced on Wednesday by the press service of the Ministry of Health of the republic.

“Today, a sufficient number of vaccines have been provided throughout the country, it is possible to receive both primary vaccination and revaccination. Vaccines such as QazVac, Vero Cell  from Sinopharm, Pfizer for children, pregnant women and people over 60 years old. From January 20, 2022, the Sputnik Light vaccine will be available for revaccination, the report says.

According to the agency, the volume of supply of the Russian drug to Kazakhstan amounted to 150,000 doses.

In Kazakhstan On February 1, we started vaccinating the population against coronavirus with Sputnik V, produced in Russia. At the end of February, the shipment to the regions of the Russian vaccine, produced on the basis of the Karaganda pharmaceutical complex, began. On April 26, immunization with the local drug QazVac began in the republic. At the end of April, the National Welfare Fund Samruk-Kazyna purchased 1 million doses of the Hayat-Vax vaccine from the Chinese company Sinopharm. . On July 15, the Russian Direct Investment Fund announced that the Ministry of Health of Kazakhstan had registered the single-component vaccine Sputnik Light. In early August, 1 million doses of Vero Cell were delivered to the republic. On November 10, the country received the first batch of the Comirnaty coronavirus vaccine produced by Pfizer and its German partner BioNTech.
Kazakhstan Russia vaccine Sputnik light coronavirus COVID-19 TASS
|
Facebook
|
Twitter
|
VKontakte
|
Odnoklassniki

Beijing plans to resume flights with India in the near future 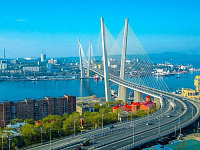 The first group of tourists arrived on Sakhalin under the Fun&amp;Sun charter program

Women's carriages will appear in the Chinese subway