The Indian capital celebrated the first festival of colors Holi without masks in three years.

The Indian capital celebrated the festival of colors Holi on Friday, the first since the beginning of the pandemic. The motto of the holiday & nbsp; - "Masks dropped!" And, although no one has officially canceled the mask regime in the capital, this attribute of the pandemic could not be seen on the faces of the citizens today. Even the police officers, vigilantly looking at the merry youth, if they wore such a bandage today, then somewhere on the chin.

“This is the first Holi without masks in three years,”  TASS guys on the famous Chandni Chowk street in the center of Old Delhi. Everyone remembers how in 2020 -with the start of the march of the coronavirus into Hindostan     the brightest and noisiest spring holiday was greeted by closed shops, quiet streets and empty parks. The Prime Minister himself Narendra Modi —a well-known supporter of Hindu traditions and celebrations—said that for the first time in many years he would not take part in traditional events, and urged everyone to avoid any mass gatherings due to the danger of coronavirus infection in the country. And last year, the holiday was held against the backdrop of a strict ban: the police patrolled the streets and detained painted offenders.

But neither the police nor the fear of the virus could stop the festival of colors. He hid in alleys back streets and vacant lots throughout the two pandemic years, but painted New Delhi in unimaginable colors. And finally, the city authorities decided not to interfere with the fun. Holi was officially allowed.

The streets and lanes of the old city today are flooded with colorful streams. Saffron prevails - this is the traditional color of Hinduism, but there are also yellow, green, red, blue shades. Groups of walkers, mostly young people, wander around the city, laughing, pouring water over each other or smearing paints. "Happy Holi!" - heard from & nbsp; every lane.

Holi is a bright spring festival when everyone sprinkles each other with colored powders and splashes with colored water. Offended is not accepted! If you stand on the street today, especially in Old Delhi, don doubt you will be quickly repainted in according tradition! On this day in India, historically, everyone was considered equal, and colors were supposed to hide caste and class affiliation, make everyone equally motley (similar traditions of "festival equality" were also known in medieval Europe).

For Hindus, Holi is still an important religious holiday, which is named in honor of the demoness Holika, her effigy is burned in the cities and villages on the eve of the colorful celebrations. Burnt spots on the asphalt here and there show where the straw effigies burned on Thursday evening.

As be it    's main component of the holiday. Unless the policemen manage to stay clean in  this motley madness sprinkling them with water and sprinkling paint is impossible, equates to attacking a representative of the authorities. Although the cops also look with pleasure at the colorful squads of youth.

Xi Jinping called for the harmonious coexistence of man and nature

A new residence tax has been introduced in Turkey

The forces of peace, the boom of cargo transportation, green leadership, weather innovations, gray in the beard — see "Chinese Panorama"-389

Mass festivities were banned in Kazakhstan on New Year's Eve 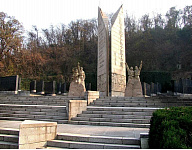