Chinese President Xi Jinping visited the Museum of the Xinjiang Uygur Autonomous Region during his trip to Urumqi. Here the leader of the state was shown a performance based on the Kyrgyz heroic epic "Manas", which is included in the list of the intangible cultural heritage of mankind.

Xi Jinping, President of the People's Republic of China:
"The Central Committee of the party attaches great importance to the protection and preservation of national culture. The epics about Dzhangar, King Gesar and Manas are the priceless heritage of our national minorities and are included in the cultural treasury of the Chinese nation. I hope that the epic "Manas" will be passed down from generation to generation."

Xi Jinping thanked the artists for the vivid performance and noted that Chinese civilization with its infinitely rich and profound content is the result of the fusion of the best cultural traditions of various ethnic groups.


Xinjiang has taken an important place in China's foreign economic cooperation within the framework of the "One Belt, One Road" initiative

The Xinjiang Uygur Autonomous Region, located between east and west, continues to expand its role in international trade and cooperation along with the construction of the "One Belt, One Road" initiative. This region has become a gateway for international trade, cultural exchange and regional cooperation. A large supply chain and logistics infrastructure have been built here to stimulate the region's economy.

Today, 80 freight train routes in the China-Europe direction pass through the port of Alashankou in Xinjiang. Railway lines connect the 24 provinces of China with thirteen countries, including Germany, Russia, and Hungary.

The Shenzhou-14 crew underwent training in the operation skills of the Tiangong space Station. The Taikonauts were trained in techniques for approaching and docking modules, and also worked out the use of a mechanical arm installed on the base module "Tianhe".
Chen Dong, Liu Yang and Cai Xiuzhe are among the third group of cosmonauts who will spend six months at the Tiangong Station. In six months, they will complete many complex tasks, but most importantly, they will complete the construction of the Chinese Tiangong space station. It will include the main module "Tianhe" and laboratory modules "Wentian" and "Mengtian".


The acreage in China is getting bigger every year

Positive data from the National Bureau of Statistics: for two years in a row, spring crops have been growing in China. In the last year alone, they have increased by more than ninety-two thousand hectares. Accordingly, the volume of grain production increased by almost one and a half million tons. This result was achieved thanks to the implementation of a number of measures. Firstly, the Party and the Government took responsibility for the protection of cultivated lands and strengthened control over their use. Secondly, China has raised the minimum purchase price for wheat and provided subsidies for farmers. Thirdly, active work is underway in the north, in the center and in the northwest of the Celestial Empire on sowing winter wheat. The fourth measure is the expansion of the scale of spring wheat crops. Now more than 600 thousand hectares are sown with these grains in the whole country, which exceeds the figures of last year by almost 20%. This actually compensated for the reduction in the winter wheat harvest due to natural disasters.


The Chinese say "yes" to hired guests at weddings

Bridesmaid rentals are becoming a trend in China. The service of hiring understudies is provided to newlyweds who cannot find enough guests for a wedding party. Xie Yuke has been working as a professional bridesmaid for two years, the girl has already attended 41 weddings in different cities of the country. According to her, prices for such services range from 500 to 2000 yuan, in addition, the cost of travel and accommodation of participants is paid by the client. The duties of a bridesmaid-for-hire include not only participation in the creation of wedding extras, but also the design of a festive photo shoot, assistance to the bride when dressing up and organizing wedding games.

Renting wedding guests has become a profitable industry and attracted entrepreneurs. In February of this year, Yin Yuanji and his friends opened a company in Hangzhou where you can hire a bridesmaid or a groom's friend.

Yin Yuanji, owner of the bridesmaid and groom's friend hiring company, Hangzhou:
"Every day we receive from 10 to 20 orders. In the first month of our company's existence, several thousand people registered as bridesmaids or bridegroom's friends. Every month there are more and more applicants."

Today, the company has about 50,000 understudies of bridesmaids and groomsmen. Novice extras are trained by the company's employees.

Beijing Winter Olympics to be held without foreign fans

High-tech amphitheater to be built in Cyprus

A space park appeared in Chelyabinsk 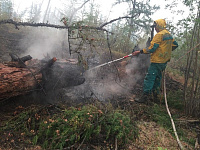 Ekaterinburg and Xi'an will be connected by a direct flight

The call of the Chinese leader, flights in a new way, ancient instruments of China - see the China Panorama-145