Sochi International Airport has received more than 10 million passengers since the beginning of the year. This is the fourth record for passenger traffic at the airport in 10 months of 2021, the press service of the air hub told reporters on Thursday.

“Sochi International Airport set the fourth record for passenger traffic since the beginning of the year. in its history it has overcome the 10-million milestone in terms of the number of passengers," the report says.

According to the press service, 9 million 879 thousand people used the services of airlines on domestic routes, which is 77% higher than last year's figures. On international flights, the growth was 63%.

"The most popular routes for domestic destinations remain Moscow, St. Petersburg, Yekaterinburg, Novosibirsk and Kazan. Among international destinations, flights to countries such as Armenia are still available for flights , Turkey, Belarus, Uzbekistan and Tajikistan," the press service added, noting that despite the limited geography of foreign routes, Sochi Airport manages to maintain a positive trend in servicing international destinations and narrow the gap with pre-crisis indicators for the third month in a row.
Russia Sochi airport passenger traffic record TASS
|
Facebook
|
Twitter
|
VKontakte
|
Odnoklassniki

About 50,000 children have gone through the Sirius educational programs 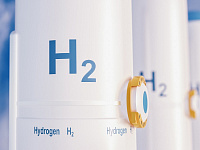 The looted Palmyra Museum will be restored

Ural will again be able to rest in Cyprus