The annual Snow Festival (“Yuki Matsuri”) in the Japanese city of Sapporo, two years after the start of the pandemic, is planned to be held again in the usual format. This was reported by the Kyodo agency on Friday.

The snow festival will be organized from 5 to 12 February next year. However, its scale is expected to be significantly reduced. In particular, only one site in the center of Sapporo will be allocated for the festival. Several sculptures made of snow and ice no more than 10 meters high will be installed there. Walks along them are organized in a one-way direction to avoid crowds.

The organizing committee of the festival does not plan to build giant sculptures and open another site on the outskirts of Sapporo, where a park with snow slides and other winter entertainments is usually arranged. In addition, tents with food and drinks will not be set up on the streets of the city as part of the coronavirus prevention measures.

In 2020, despite the COVID-19 epidemic that began in Japan, the event was still held in the usual format. At the same time, its attendance was 25% lower than usual. In 2021, Yuki Matsuri was held online for the first time in its history.

History of the festival

The Sapporo Snow Festival has been held since 1950. Then the organizers built six ice sculptures, which attracted about 50 thousand people to the exhibition. The event itself was originally conceived in order to distract the Japanese from the daily hardships of post-war life. The festival began to develop rapidly and could no longer exist only at the expense of local enthusiasts. Therefore, in 1955, units of the Japan Self-Defense Forces were first involved in the manufacture of snow sculptures.

Since then, it has become one of the main traditions of Yuki Matsuri, and the people of Sapporo specially gather in early January to watch how the military begin to bring tons of snow and dump it in the city center. This is the main sign of the approaching holiday.

Gradually, the festival gained worldwide fame, which was the reason in 1974 to start holding an international competition among snow and ice carvers. Now "Yuki Matsuri" is considered an integral part of the cultural life of Sapporo and the main event of the year, attracting hundreds of thousands of tourists from different countries.
Japan Sapporo festival Yuki Matsuri sculpture snow TASS
|
Facebook
|
Twitter
|
VKontakte
|
Odnoklassniki

Ulukbek Maripov appointed Chairman of the Cabinet of Ministers of Kyrgyzstan 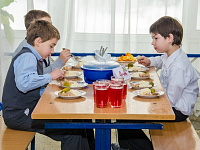 Mosques in Turkey will generate energy