Residents of the central districts of the city took to the streets on Tuesday night to enjoy a rare weather event for this city.

Snow for the first time in 29 years fell on Tuesday in the center of the resort of Antalya in southern Turkey, the Hürriyet newspaper reported. weather phenomenon.

Since Friday, a snowstorm has been predominantly raging in the north-west of Turkey, the largest metropolis of Istanbul has been hit hardest by bad weather. On Tuesday, its authorities had to ban residents from using personal vehicles until 13:00 (the time coincides with Moscow time), and all flights at the local airport were suspended until this time. In a number of areas of the Marmara Sea, on average, up to 50-60 centimeters of snow has already fallen. Precipitation was also recorded in some central provinces and in the south of the country.

The day before, the government's Office of Emergency Situations also recommended that all residents of regions where snowfalls continue, if possible, stay at home and not go out. Forecasters predict that precipitation in Istanbul will continue until Friday, their intensity will decrease on Wednesday. Now, serious traffic jams and congestion have formed on a number of highways of republican significance, both because of the large amount of snow and because of accidents. The highway between Ankara and Istanbul, as well as access roads to the Istanbul airport, were blocked for several hours.
Turkey Antalya snowfall snow TASS
|
Facebook
|
Twitter
|
VKontakte
|
Odnoklassniki

South Korea summed up the year in tourism

Underwater robotics began to be taught in Vladivostok schools

Japanese families to receive $880 for each child amid pandemic 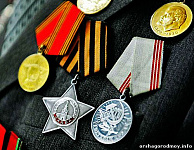