Singapore will begin using a system of testing for coronavirus through breathing.

The Singapore authorities plan to place new machines for conducting respiratory tests for coronavirus at the airport, as well as use them during major events. The Straits Times writes about this on Tuesday.

The TracieX device during clinical trials showed an accuracy of 95%, which is almost comparable to the efficiency of PCR tests. At the same time, the cost of each study is approximately $20, which is cheaper than existing analogues, and the result can be obtained within two minutes.

These devices have already begun to work in test mode at the National Center for Infectious Diseases and Changi Airport, where arriving passengers are offered do research in this way. It is expected that in June the devices will be put into mass production, at the first stage, about 200 thousand units of tests will be produced per month, later it is planned to increase their number to 2 million per month. According to the developers, with each exhalation, volatile organic compounds are emitted, which are formed as a result of various biochemical reactions in human cells, and the device is able to record changes in the chemical composition of breathing.

Since the end of last year, Singapore authorities have gradually begun to remove restrictions on breathing major events, including conferences, exhibitions, seminars. At the same time, one of the main conditions for participation was the testing for coronavirus immediately before the start of the events.
Singapore test system coronavirus COVID-19 TASS
|
Facebook
|
Twitter
|
VKontakte
|
Odnoklassniki 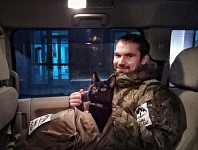 Cat-hitchhiker got from Murmansk to Vladivostok

The first flight from Moscow arrived in Phuket in 1.5 years

Narendra Modi released the first three cheetahs into the aviaries

On March 15, Georgia will start vaccination of the population 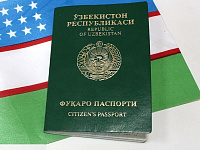