The authorities also intend to announce the start of the vaccination campaign for children aged 12 to 14 years.

Shanghai authorities have announced the start of a campaign to vaccinate against COVID-19 population aged 15 to 17 years. This is stated in a message posted on Wednesday in the official account of the city government in the messenger "Wechat". from 15 to 17 years old. Later, the authorities also intend to announce the start time of the corresponding vaccination campaign for children aged 12 to 14 years. As for foreigners aged 12 to 17, as well as residents of the Hong Kong (Xianggang) and Macau (Maomen) Special Administrative Regions, they will be given the opportunity to receive the vaccination later.

The local administration assures that vaccination for children from 12 years of age is completely safe and reduces the risk of severe conditions when infected with COVID-19. Vaccination in this age category, according to the authorities, will accelerate the formation of herd immunity. Children from the age of 12 in the city will be vaccinated with Chinese-made inactivated vaccines in two doses with an interval of three to eight weeks.

According to the latest data, since March 1, when the mass vaccination campaign began, both doses of the vaccine in Shanghai have already been received. over 18 million people. This figure is slightly more than 80% of the total population of the city over the age of 18. Thus, according to local authorities, we can talk about the gradual formation of herd immunity in the most populous city in the world, where about 24 million people live without taking into account migrants.

Local authorities also assure that in Shanghai, according to official data, with Since the beginning of the spread of COVID-19, a total of only 2.3 thousand cases of infection have been registered, of which more than 370 are local. From the diseases caused by the new coronavirus in the metropolis, seven people have died for the entire time the statistics were kept.
China Shanghai vaccination coronavirus COVID-19 TASS
|
Facebook
|
Twitter
|
VKontakte
|
Odnoklassniki

Epidemiological measures for tourists will be strengthened in Kamchatka

Amal holiday is celebrated in the west of Kazakhstan

The development strategy of Yakutia will be determined by experts

China will still let WHO experts in 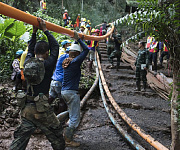 Thailand rewards those who rescued children from Tham Luang Cave 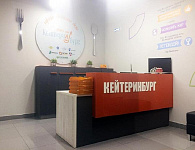 Russia will provide food for kindergartens in Uzbekistan

The number of female pilots in Turkish Airlines is growing

Qatar bans the import of tobacco and electronic cigarettes