Within the framework of the project, performances of the National Philharmonic Orchestra of Armenia and the National String Quartet will take place. Komitas in the Tchaikovsky Concert Hall, the Small Hall of the Moscow Conservatory and in the North Caucasus State Academic Philharmonic named after V.I. Safonov.

On June 10, at 19:00, the National Philharmonic Orchestra of Armenia will perform under the baton of the conductor at the Tchaikovsky Concert HallEduard Topchan.

The first section will feature fragments from the ballet "Spartacus" by A. Khachaturian, "Heroic Ballad" for piano and orchestra by A. Babajanyan, as well as arias from operas. In the second movement, Tchaikovsky's Symphony No. 6 in B minor ("Pathetic") will be performed.

On June 11, at 19:00, the National String Quartet named after him will perform in the Small Hall of the Moscow Conservatory. Komitas, consisting of:Eduard Tadevosyan – first violin,Suzy Yeritsyan - second violin,Alexander Kosemyan – viola,Angela Sargsyan – cello.

The musicians will perform Quartet No. 1 (Unfinished composition for Two Violins, viola and cello), Part II. Romance by S. Rachmaninov, Quartet in D minor "Theme with Variations" by E. Mirzoyan, as well as Armenian folk miniatures by Komitas/S. Aslamyazana.


June 13 at 19:00 National String Quartet named after Komitas will perform with the same program in Kislovodsk at the North Caucasus State Academic Philharmonic named after V. I. Safonov.

Honored Collective of the Republic of Armenia National Philharmonic Orchestra of Armenia was foundedArshak Adamyan andAlexander Spendiarov in March 1925 and for decades was considered the leading symphonic collective of the USSR. Today the orchestra is the national center of professional symphonic culture of Armenia.

Since October 2000 , the artistic director and chief conductor of the NFOA isEduard Topchyan. The permanent place of activity of the NFOA is the Concert Hall named after Aram Khachaturian.


Quartet named after. Komitas was founded in November 1924 on the initiative of students of the Moscow ConservatoryAvet Gabrielyan, Levon Ohanjanyan, Mikayel Teryan and Sarkis Aslamazyan.

In the first days of January 1925, the quartet began regular rehearsals and classes under the guidance of Professor E.M. Guzikov, who created a performance program provided for the period until the end of the academic year.


The first performance of the quartet took place on March 1, 1925.


Quartet named after. Komitas was the first of the Soviet ensembles, which in the post–war period - in 1953, went on tour abroad. For 52 years, the first violin and artistic director of the quartet was an outstanding musicianAvet Gabrielyan. A talented cellist and composer gave 44 years of his creative life to the quartetSarkis Aslamazyan.

In 1970Avet Gabrielyan invited Eduard Tadevosyan, a student of the Moscow Conservatory, winner of international competitions, to join the quartet, who for 6 years performed alongside the maestro as second violin. And in 1976Avet Gabrielyan handed over his violin to Guarneri and the place of the first violinEduard Tadevosyan, who until today is the artistic director of the quartet. Komitas. 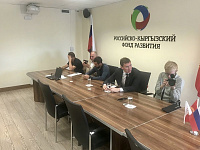 The Russian-Japanese Forum of Rectors will be held remotely

Chinese pineapples can now be bought in Singapore 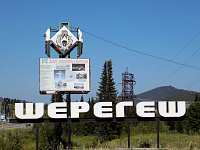 As part of the "Garden of Memory" campaign, 34,000 tree seedlings will be planted in North Ossetia