In Alma-Ata, a procession "Let's Bow to the Heroes" was held in memory of Kazakhstanis from among the participants in the Great Patriotic War.

On Victory Day, Russian diplomats in Kazakhstan laid wreaths and flowers at the monument to Major General Ivan Panfilov, which is located in the capital of the republic. This is reported by the corr. TASS from the scene.

“This is our common victory, which we got at a very high price. We all celebrate it together and are proud of our veterans, our heroes. Indeed, it is very important for us that the younger generation honors and remembers our joint sacrifices and our joint victory,” Russian Ambassador to KazakhstanAleksey Borodavkin.

As the diplomat noted, Russia and Kazakhstan celebrate May 9 together. “This is very important for us, and we will keep this memory and keep this great day in our hearts and souls,” the ambassador emphasized. residents and guests of the capital.

According to the Russian House in Nur-Sultan, celebrations in honor of Victory Day were also held in other cities of Kazakhstan, in particular, Pavlodar, Petropavlovsk, Stepnogorsk and Taraz. On the same day, a procession “Let's bow to the heroes” took place in Alma-Ata in memory of Kazakhstanis from among the participants in the Great Patriotic War.

The feat of heroes

Memorial to the Panfilov soldiers in the capital of Kazakhstan was opened in May 2015 by the first president of the country Nursultan Nazarbayev. In the center of the memorial there is a bronze monument to Panfilov. A slab for laying wreaths and 28 stelae with the Gold Star medal, on which the names and years of life of the Panfilovites are indicated, are installed next to it.

In November 1941, the Red Star newspaper published articles about the battle at the Dubosekovo junction in Moscow region November 16, 1941. In it, 28 Soviet soldiers from the 316th Rifle Division, commanded by Major General Ivana Panfilov, stopped the advance of the superior tank forces of the German army. This battle went down in history as a feat of 28 Panfilov heroes.

The Battle of Moscow, which took place in the autumn and winter of 1941, is one of the decisive battles of the Great Patriotic War. During it, the Red Army repelled an attempt by German troops to capture the capital and launched a counteroffensive.
Russia Kazakhstan Embassy Nur-Sultan TASS
|
Facebook
|
Twitter
|
VKontakte
|
Odnoklassniki

Iran fights another wave of coronavirus

Malaysia plans to open the Langkawi archipelago to foreign tourists

Clone Lamborghini will be created in Uzbekistan

There will be more flights between Kazakhstan and Uzbekistan

St. Petersburg gave gifts to the siege survivors and WWII veterans from Turkmenistan 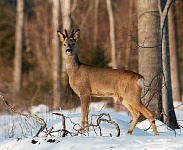 The Chinese government will involve large national corporations in the c 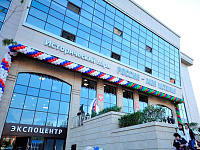 Excursions in Azerbaijani and Tajik languages have been launched in the