Russia has become the first country in the world to register a coronavirus vaccine, President Vladimir Putin said Tuesday at a meeting with government members.

As the head of the Ministry of Health Mikhail Murashko clarified, “Chinese colleagues have developments that are at the stage of registration “on conditions”, there are developments in other countries, “but clinical trials are still underway there.” “In fact, the registration certificate in full format is issued in Russia first,” he said.

The Russian drug was one of the first in the world to confirm its effectiveness and safety without causing “serious complications,” the minister stressed.< br>
Putin said that one of his daughters had been vaccinated and she only had a brief fever, now she "feels well and [antibody] titers are high." According to the president, many people “do not have any external manifestations at all,” including fever, “everything generally goes on as if nothing had been done.”

We are talking about the development of the National Research Center for Epidemiology and Microbiology named after N. F. Gamaleya of the Ministry of Health of Russia, which passed clinical trials in June - July. Murashko noted that the drug is based on an already known platform, on which a number of vaccines have been created. The experience of using such drugs shows that they are able to give long-term immunity - up to two years.

For now, production will begin at two sites - in the very center of them. Gamaleya and Binnopharm (owned by AFK Sistema). Earlier, the head of the Ministry of Industry and Trade, Denis Manturov, said that negotiations are underway on the serial production of the drug also at the facilities of Generium and R-Pharma.

Physicians and teachers will be the first to receive the vaccine. According to Deputy Prime Minister Tatyana Golikova, this could happen as early as late August-September. The drug will go into civilian circulation on January 1, 2021, follows from the entry in the state register of medicines. As Murashko recalled, foreign countries with which the Russian Direct Investment Fund is working are also showing interest in the Russian vaccine.

The Ministry of Health has registered the vaccine in the form of a solution for intramuscular injections. Earlier it was reported that the vaccine from the center. Gamaleya was also tested in lyophilized, that is, dried, form.

Aeroflot will send Muscovites to Nalchik

Myanmar is becoming a promising tourist destination for Russians

Syrian citizens are actively engaged in the reconstruction of the country 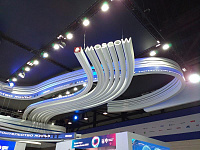 Moscow's climate plan will ensure the achievement of carbon neutrality

Cyprus authorities have canceled QR codes for most public places

Masterpieces from scrap metal are created by a resident of Turkey

Turks go to wash only in masks