The first batch of 12 previously ordered combat training aircraft (UBS) Yak-130 arrived in Vietnam. This was reported to TASS by a source in the military-industrial complex.

“The first batch of Yak-130 aircraft for Vietnam was delivered at the end of 2021. We are talking about three vehicles out of 12 previously ordered,  - he said, without specifying other details of the delivery.

Rosoboronexport did not comment on this information to TASS. An official request has been sent to the Federal Service for Military-Technical Cooperation of the Russian Federation.

In 2019, a contract was signed for the purchase of at least  ; part of the United Aircraft Corporation) in the amount of more than 350 million dollars. The squadron of Russian aircraft being acquired by the Vietnamese Air Force is to replace the outdated Czechoslovak-built L-39s that have been supplied to the country since the early 1980s.

The amazing story of the construction, destruction and restoration of the Cathedral of Christ the Savior 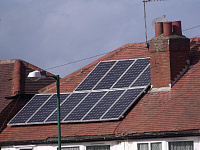 Artificial palm islands to appear in Batumi, like in Dubai