Moscow was represented by Minister of the Government of Moscow Sergey Cheremin at an online discussion of measures to combat coronavirus infection.

Sergey Cheryomin, Head of the Moscow Department of External Economic and International Relations (DVMS), at the invitation of the ruling Mayor of Berlin Michael Müller, took part in a video conference with the participation of the heads of Berlin's partner cities. < br>
The conference was also attended by the mayor of Budapest Gergely Karacioni, the head of the Government of the Autonomous City of Buenos Aires Horacio Rodriguez Larreta, the mayor of Los Angeles Eric Garcetti b>, Mayor of London Sadiq Khan, Mayor of Madrid Jose Luis Martinez-Almeida Navasquez, Mayor of Istanbul Ekrem Imamoglu, Khokim of Tashkent Jahongir Artikhodzhaev, Deputy Mayor of Paris Patrick Klugman and Head of the Department of International Relations of Mexico City Diana Alarcon. Christian Drosten, Director of the Institute of Virology at the Charite University Hospital Berlin Christian Drosten, Senior Adviser to the Mayor of London on Health Policy Tom Caffey, Minister of Health of Buenos Aires >Fernand Kviros and Budapest medical expert Balasj Recassy.

The main topic of discussion was the mitigation of restrictive measures while protecting citizens at risk. The parties touched upon the issues of organizing public life: maintaining social distance, mandatory wearing of masks, returning to the normal functioning of industries and educational and social institutions.

In his opening speech, Michael Müller told that Berlin is actively addressing the issue of lifting restrictions and the most effective and safe return to normal life. In confirmation of his words, ProfessorChristian Drosten noted that the German capital has a very low mortality rate: “I believe that this was achieved thanks to the early diagnosis of the disease. This is the main reason, since we have a very strong academic community and there are no strict restrictions for the introduction of new diagnostic methods.”

He shared Berlin’s strategy for testing the population for coronavirus: “We will conduct tests among selective target groups of people on permanent basis. As a result of such testing, we will understand how to stop the spread of the disease.” In case the situation worsens, the Berlin authorities have prepared medical reserves.

In turn, Sergey Cheremin spoke about the situation with coronavirus in Moscow: “We have about 170 thousand cases of infection, about 62 have recovered thousand people, another 16 thousand are being treated in 88 hospitals of the city. 1,700 patients are in intensive care units.

The minister noted that in Moscow the death rate is about 1%. “At the beginning of the pandemic, strict quarantine restrictions were introduced in the city. Especially for the older generation, who were very disciplined about their isolation. In part, this has affected the low mortality among the population,” said the head of the DVMS.

He also said that Moscow has introduced a special electronic access system that allows you to use personal and public transport. The system is connected to the city's network of video surveillance cameras to monitor compliance with quarantine.

“All these measures have helped to stop the growth of the disease in the city, and now we can see a positive trend. Every day, an average of no more than 2,500 new cases of infection are registered in the city,” the minister emphasized.

The conference participants emphasized the negative impact of the pandemic on the global and local economy. Eric Garcettisaid that the economic threats are serious and the negative consequences of the crisis have already affected Los Angeles: “The unemployment rate in the city has increased markedly. We have a large number of undocumented immigrants who cannot rely on the assistance of the US federal government. We have allocated more than $300 million to help these people and their families.”

Garcetti spoke about the organization of the work of special inspectors at all construction sites in the city, controlling the availability of masks and the necessary equipment for workers . "This is an excellent example of interaction between healthcare and industry," the head of Los Angeles emphasized.

Sergey Cheremin shared Moscow's strategy to support small and medium-sized manufacturing enterprises in the household services, tourism, hospitality and catering. “The city has already provided support to approximately 30,000 small and medium-sized enterprises, individual entrepreneurs, as well as families and the unemployed. This is a large package of subsidies that Moscow provides in addition to federal support measures,” said the head of the FEM.

During the video conference, the parties also discussed the issue of resuming public transport. Gergely Karacionisaid that Budapest is conducting a study to analyze the intensity of coronavirus infection in public transport. He also noted that the city authorities would be grateful for international assistance in conducting this study: “Before we begin to lift restrictions, we need to study a number of issues that we may face in the future. This will help to understand how to return the normal operation of public transport in the city as safely as possible.”

In addition, city leaders discussed the necessary actions in the event of a second wave of COVID-19 in the world. “The virus is easily transmitted between people, so the main condition is to avoid events with a large number of participants. This is the first thing to consider,” said Christian Drosten. He also drew the participants' attention to the fact that during the opening of public catering establishments it is necessary to exclude the accumulation of people in enclosed spaces with poor ventilation. “During the lifting of restrictions, an important piece of advice would be the opening of summer terraces in cafes and restaurants,” the professor emphasized.

During the conference, representatives of the countries spoke about plans for a phased lifting of restrictions. Sergey Cheremin noted that strict quarantine is in effect in Moscow until May 31. However, some of the restrictions for manufacturing enterprises and construction sites were lifted on May 12. “Based on the situation, at the next stage of mitigation measures, residents will be able to take walks and play sports on the street, we will open some of the establishments. The next step is the opening of shopping centers and some educational institutions,” the minister said.

The mayor of Istanbul spoke about measures to lift restrictions. Since May 11, some restrictions have been partially lifted in the city: shopping centers, hairdressers, beauty salons and some grocery stores have opened. At the same time, the requirements to maintain social distance and restrictions on the number of people in one room remain. “We plan to start the second stage of lifting restrictions on May 27, the third from September 1, the fourth stage of lifting restrictive measures will come into force only from January 1, 2021,” said Ekrem Imamoglu.
< br> “During the quarantine, a restriction was imposed on the movement of citizens around the country. Now we are filming it. At the same time, citizens who arrive in Germany from neighboring countries must first visit medical facilities so that we can make sure that they are healthy,” said Michael Müller.

At the end of the event, the parties agreed on the need for such multilateral consultations, the exchange of experience in the field of healthcare and the economy, as well as the development of a joint strategy to overcome the current situation that arose due to the pandemic.
Russia Moscow Turkey Istanbul Uzbekistan Tashkent Department of Foreign Economic and International Relations DVMS Sergey Cheremin coronavirus COVID-19 negotiations online Greater Asia
|
Facebook
|
Twitter
|
VKontakte
|
Odnoklassniki 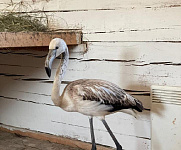 A flamingo found in Yakutia was taken to the Krasnoyarsk Zoo

Konstantin Zatulin: "Russia is seen as the national home of the Russian and other peoples"

Rescue and search operations continue in the Sea of Azov 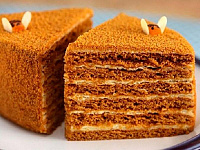 The Vostok-2022 exercises started at the training ground in Primorye