A parcel from Earth, hopes for the "Ark of Peace", water for northern China, conservation of wetlands - see "Chinese Panorama"-374

The Shenzhou-14 cosmonauts, who are on the Chinese space station, entered the Tianzhou-5 spacecraft and began sorting and moving cargo to the station. The spacecraft delivered about 5 tons of consumables, fuel and equipment into orbit.

"The Tianzhou-5 has eight fuel storage tanks, while its predecessors, the Tianzhou–3 and the Tianzhou-4, had only four tanks each. The truck also delivered five sets of equipment for three space experiments. Two experimental blocks are completely new."


In the future, China's ability to deliver cargo into orbit will expand.

"We plan to increase the carrying capacity of the Tianzhou-6, mainly by increasing the volume of the sealed cabin. Thanks to this, the ship will be able to lift about 500 kilograms more into space."

The cargo ship "Tianzhou-5" was launched using the carrier rocket "Changzheng-7" from the Wenchang cosmodrome. After entering orbit, the truck made an autonomous rendezvous and docking with the main module of the Tianhe space Station in just two hours and seven minutes, which became a world record.

The Ark of Peace Naval Hospital ship provides free medical services to residents of Jakarta. More than 100 specialists from China are helping patients on an outpatient basis in tents installed near the ship. People come here with diseases of the heart, respiratory organs, gastrointestinal tract, musculoskeletal system and other complaints. The ship has 14 clinical departments and 3 auxiliary ones, a pharmacy and a helicopter for rescue operations. If necessary, operations are performed on the ship and treated in a hospital. From the very first day, there is an endless stream of patients in the port.

Since joining the Chinese Navy in 2008, the Ark of Peace has visited 43 countries and regions. More than 230,000 people worldwide received medical services on board the hospital ship.


In China, the 10th transfer of water from the south to the north has begun

China has started the 10th annual transfer of water from the south to the north to make up for the lack of moisture in arid regions. Water is diverted through three channels. On the Eastern route, it flows from Jiangsu Province to Tianjin Municipality and Shandong Province – according to the plan, more than a billion cubic meters of water will be delivered there.


Jing Shuguang, press secretary of the operator of the Water Transfer Project from south to north:

"This year's water transfer will be the largest in terms of volume in all nine years of the existence of this route. Its scale will reach 70% of the planned capacity of the project. The transfer will last until the end of May next year – this is the longest drainage in the entire history of the project."

Over 9 years, more than 5 billion cubic meters of water have been transferred along this route to the provinces of Jiangsu, Anhui and Shandong. 67 million people used the water. During this time, almost 160 pumping stations on the Eastern Route have set a record of safe and stable operation – not a single equipment failure. All thanks to high-quality maintenance. For example, more than 40 main pumps have been replaced at the stations of Jiangsu Province alone. And on the eve of the current start of the water transfer, a full-scale modernization was carried out at the large Siyan station. They changed the main pump, electrical equipment, automatic control systems, and also strengthened the ways of diverting water upstream and downstream.

The main outcome of the concluded Conference of the Ramsar Convention Participants is the adoption of a course for the conservation and restoration of wetlands around the world. The main provisions are spelled out in the Wuhan Declaration. This document calls for "strong will and practical action" in order to preserve, restore and use wetlands wisely. The Declaration also enshrines the need to contain and mitigate the risks that arise from the ongoing degradation of these facilities.


Meng Xianlin, Director of the Executive Committee of the 14th Ramsar Convention Conference: "The conference was a success, as it allowed us to reach a global consensus in the field of conservation of water bodies.

We have developed guidelines for the harmonious coexistence of man and nature."


The Conference demonstrated to the whole world the enormous achievements that China has achieved in the 30 years since joining the Ramsar Convention. The area of wetlands in China now exceeds 56 million hectares. According to this indicator, China ranks first in Asia and fourth in the world. There are more than 60 wetlands of international importance in the country, 29 of national importance, as well as 901 national wetland parks. The most important ecosystems are also protected by regulations: in June, a new law on enhanced protection of these natural objects came into force in the country. In addition, China is working on the creation of a network for the protection of migratory bird migration routes and an international mangrove forest center in Shenzhen.

In Naryan-Mar, employees of the Russian Guard who protected people from the fire spoke about the choice of profession

The virus tested the strength of the feelings of Chinese lovers 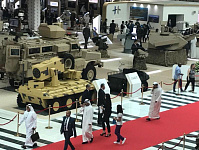